Posted by Erica Moriarty at 3:07AM 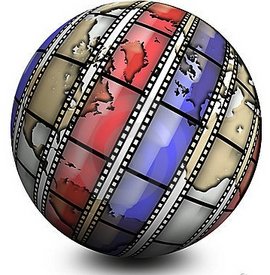 Some of the biggest exchanges of ideas between people happen at film festivals. FLEFF is no exception. In fact, the exchange is international, and the movement is colossal.

This year, FLEFF will bring in films and scholars from around the world. Fulbright Scholars from Africa, specializing in film and media as well as Kevin Lee from dGenerate films make up only a few of the international crowd coming to this year’s festival. However, the mobility of the Finger Lakes does not stop there.

There’s more than just an international movement of people. The partnership between FLEFF, the Derive App and EngageMedia make the festival move through cyberspace and into international territory in order to enhance the distribution of ideas.

During the week of April 7th, the Finger Lakes will become mobile in sharing people, ideas, objects and even environments. This year’s theme of Mobilities is more than just a motif; it describes what will actually transpire.

Are you ready to join FLEFF for the international movement?