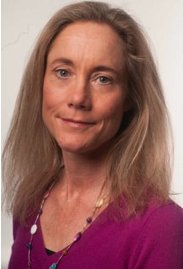 This year, Ithaca College's Park Media Lab is getting much more involved in FLEFF than ever before.

In past years, Park Productions has been the main aspect of the media lab participating in the festival through its entries into the Checkpoints Story Contest, filming live events, and the Finger Lakes Uncorked web series.

This year, ICTV is getting involved with FLEFF by featuring guests on its program "The Director's Chair" such as Matt Podolsky and Idrissou Mora Kpai, among others. It will be an hour long FLEFF special airing March 28th at 9 pm.

Park Productions also covered the Sunday, March 25th reading at Buffalo Books and other FLEFF events that will be shown in the special episode of "The Director's Chair."

Carol Jennings, the manager of Park Productions, orchestrates many of these events with students. Last year, she even brought some FLEFF films to the National Meeting of Short Films in Madagascar. This year, she will be bringing some of the work of director Idrissou Mora Kpai.

The festival in Madagascar, she explained, was its own form of microtopia, but FLEFF provides opportunities to create microtopias that may not be initially recognized.

"I think that the way students work in the Park Media Lab, including Park Productions and ICTV, is its own kind of microptopia. What's exciting is the way that their work can connect with FLEFF so that they can continue to work in the field of their expertise but broaden the impact of their work," Jennings said. "That’s what’s special about FLEFF; it’s a microtopia in itself, but it connects globally."

For students, the Park Media Lab is providing them with production work for a world renowned film festival. How else can this become a microtopia for them?