Posted by Andrew Ronald at 5:09PM 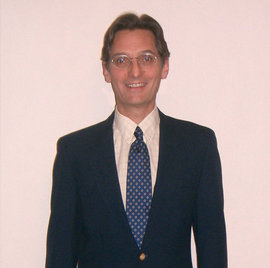 The art of film is a dynamic fusion between a stimulating image and a moving soundtrack, and Patrick Winters is no stranger to proving his mastery of this balance as he specialized in sound design. In this interview, his passion vividly came alive when he told me that "...eventually I found sound editing and designing, or should I say it found me."

Not only has he used his career teaching sound design in the Department of Television & Radio at Ithaca College as a form of stewardship, but Winters developed this fascination for visual storytelling at the age of 16 when he created his first dramatic 8mm film. He goes on to say that "I believe it's important for those of who have acquired a body of knowledge and experiences to pass those along to the next generation," and as an eager film student, I can't object to this.

"I see microtopias as communities of individuals who recognize their connections and work together to enhance each others lives. These communities are not limited by cultural, ideological, political or geographic boundaries. These communities share in the joy of life that comes from seeing the world as being engaging and limitless."

One thing: create. "Follow your heart and do what calls to you, because that's what will be the most rewarding thing for you to do."

Patrick Winters comments on his excitement over FLEFF 2012 because of the principle of the festival itself. It is very intellectual, complex, and mind-opening towards an interdisciplinary audience when it comes to creating and simply being.

Check out his workshop about sound designing on motion pictures and motion sound on Saturday, March 31 at Cinemapolis!