Posted by Erica Moriarty at 6:57PM 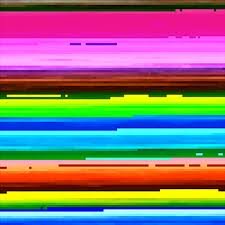 In fact, her background is in mathematics and computer science. However, Amy Szczepanski, a professor at the University of Tennessee, helped mobilize the different worlds of visual arts and computer science last year when she won the Jury Prize in FLEFF’s Distributed Microtopias Exhibition .

Szczepanski and Meaney joined forces to produce the award winning Null_Sets, a project that explores the gap between data and information using digital images. According to Szczepanski, the idea for the project stemmed from an interest in combining large computing with Meaney’s work in the visual arts.

Szczepanski said, “The pictures look at how we interpret what the computer does.”

She went on to explain that the project takes the 0s and 1s the computer uses to understand data and looks at it from pictures instead of text. The data that is represented by a computer is numbers in quantity. Null_Sets makes the information more human by interpreting it in an aesthetically pleasing way through images.

The project looks at several ideas, including the gap between data and information. In looking at this gap, the idea of the glitch particularly interested the pair.

“The glitch looks at what went wrong in computing,” explained Szczepanski. “By understanding the glitch, we get a better sense of how things should be.”

Now, Szczepanski continues to look at what went wrong through the collaboration of different areas of expertise. She utilizes this year's theme of mobilities by moving between multiple areas of expertise to make a collaboration. Through her persistent work on Null_Sets, she mobilizes the discussion of artists and scientists everywhere.

In addition, Null_Sets physically moves. Through coding, text moves into images, creating a true representation of the movement of people, ideas, objects and environments.