PSA TO ALL ITHACA STUDENTS: Why You Need To Embrace FLEFF

Posted by Emily Varga at 1:16PM 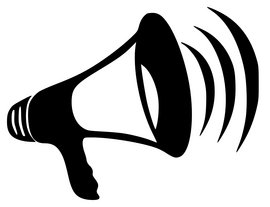 Why weren’t you at FLEFF?

Yes of course… Some of you were there.  But where is everyone else?

These are no longer excuses:

Ithaca College – take advantage of this opportunity. Broaden your horizons.  Maybe you’re used to watching the normal “western” film: a narrative arch with a beginning, climax and a happy ending.  But what are you really getting from that film other than 90 minutes of enjoyment?  Are you gaining knowledge? Maybe, but maybe not.

FLEFF is an entire week long, and it baffles me that so many Ithaca students do not take advantage of how easily they can see films that have not been shown anywhere else and can talk to professionals in the industry that they may have no other way of meeting. Not to mention you pay next to nothing to see more than one film!

Maybe you don’t feel like going to Cinemapolis to see a film, but take the trip to go to a FLEFF Lab Friday session.  Converse with people.  Make connections.  These are people who can mentor you, help you in the future.  I couldn't even make it to all of these events and I genuinely wish I could have.

I am a journalism major.  Do I necessarily see myself making a film about fracking, abortion, steel pans?  Maybe not.  But did speaking to Jon Bowermaster after his viewing change the way I thought about the environment and about myself? Absolutely.  This is just one example of the many amazing conversations I had throughout my week of FLEFF.

FLEFF really does change you.

FLEFF week feels like a week of stopped time.