Posted by Sarah Lockwood at 12:22AM 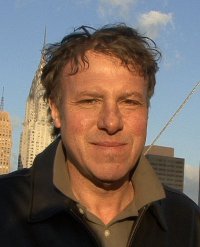 As a FLEFF Intern for the 2012 season, I have had the pleasure of attending class weekly with two brilliant and inspiring internship coordinators - one of whom is Philip Wilde. Phil was kind enough to spend an extra ten minutes of his evening discussing his background in film, his involvement in FLEFF, and some advice for festival goers this year:

On His Journey to Video

Phil began his college career as a science major at Cornell University, here in Ithaca, NY. However, his true calling began in 1971, the year in which he first picked up a video camera, and "never looked back." Phil operates a production company with his wife - and fellow internship coordinator - Ann Michel. Together they create videos, mostly scientific in nature.

On His Involvement With FLEFF

Seven years ago Phil joined the FLEFF staff, due mostly to his good friend Dr. Patricia Zimmerman, co-director of the film festival. Also based in Ithaca, Dr. Zimmerman knew of Phil and his interest in all subjects technical theatre and video related, and asked him to join the process of running the festival.

Over the years, Phil noted that the most noticeable change in the festival is that it has become "more intellectual", a noticeable evaluation of film and the film environment.

On the Perks of FLEFF

To put it simply, the "excitement of possibilities", that "anything is possible". FLEFF is not limited by the academic world or the real world - it is a place to "make experiments", and revel in the results (in successes and mistakes).

Plain and simple, a film festival is about involvement and communication. Equal interaction with all people present at a festival - interns, directors, guests, crew members, audience members - is crucial.

And most importantly - "Don't talk too much, listen."