Posted by Kayla Reopelle at 10:02PM 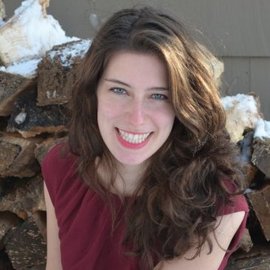 When did you first hear about FLEFF?

I first heard about FLEFF when I visited Ithaca College when I was in my senior year of high school because I visited when the festival was taking place. The tour guide that I had told me about the festival but unfortunately I couldn’t go to any of the events that year, but I was really interested in the festival and its mission. When I came to Ithaca College, I obviously wanted to intern with the festival and took Film Aesthetics and Analysis with Dr. Zimmermann my first semester and she talked about the internship and I applied and got it, the second semester of my freshman year.

Why did you decide to get involved?

I decided to get involved with FLEFF because I’ve always cared a lot about environmental issues, social justice issues, human rights issues, things like that. I’m a Documentary Studies and Production major so I am very interested in different documentaries coming out as well as new media projects. I thought that FLEFF would be a really cool way to start to see the film festival side of the industry and it’s been a really great experience so far.

What positions have you held in FLEFF?

What is one of your favorite memories of working with FLEFF?

Oh boy. Okay. I have to think about this a little bit... My favorite memories with FLEFF probably came from my blogging experience my freshman year because I got to talk to a lot of directors and I actually got to help one of the directors and take pictures when she spoke at a couple different things. That was a really great experience and I got to know her pretty well during festival week. And then, there were two directors that I interviewed and they had foreign exchange students with them from Germany so at the festival I got to talk to them about their experience at film festivals and about being film students in a different country and we talked about feminist film, things like that. And then last year I thought it was really cool that I got to meet more filmmakers and new media designers who I didn’t really know that much about and just got to see projects that I had no idea even existed and things that I wanted to get involved with in the future.

What is one project, be it a film, performance, new media project, lecture, etc.; featured at FLEFF that challenged you intellectually?

Huh, tough questions! Okay, one project that challenged me intellectually was probably last year there was a filmmaker (Elizabeth Miller) who came in who had screened one of her films in one of my classes at Ithaca College before. And I got to meet her which was really cool. But she was working on a project in, I believe it was Nicaragua... but she was working on a project where they use popular television shows to show women resources if they were being assaulted or if there was domestic violence or those types of situations. It was really cool to see how popular media could be used to give people resources in a way that wasn’t too invasive. So that was definitely a project that I was challenged by intellectually because I had never really thought about how to use popular television shows in that way, especially for an issue that is really hard to tell people about, especially if they’re in the middle of a domestic violence situation.

What do you think about FLEFF’s 2014 theme, Dissonance?

What are you looking forward to for the 17th FLEFF?

FLEFF has been a really great experience. I’ve met some of my best friends through interning with the festival and it’s given me a new perspective on my major and the industry that I’m going into and it’s been very helpful for that.