Q and A with Chloe Wilson

Posted by Blaize Hall at 3:44PM 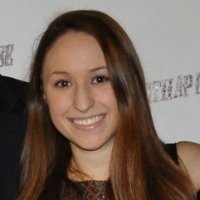 Edited excerpts from an interview with Chloe Wilson, past FLEFF blogger and intern.

Q: What is the most important lesson you took away from the experience of working for FLEFF?
A:    I think one of the cool things about FLEFF is that it’s open to everyone.  They encourage non-film making students to apply.  It’s so interdisciplinary.  It definitely shows you that the skills you need to be active in this environment don’t necessarily belong to one specific type of student.  They’re skills anyone can have and develop, you just have to work at it.  I think that’s cool.  Because a lot of time people can be pigeon holed, like “you study journalism, you know how to Instragram”, and maybe I don’t.  Or “oh you’re TVR, you don’t know how to write”, but maybe, yes, you do!  It’s nice to have an opportunity where any student can show that they can do anything, and its not necessarily based on what classes you’re taking, its just about who you are as an individual.

Q: What did FLEFF allow you to learn about yourself?
A:    I spent two summers in NYC and I consider those my abroad experiences.  The summer after I did FLEFF for the first time, I went to NYC to work.  I learned a lot of good communication skills from FLEFF.  You interview a lot of high-profile artists, people of different mediums, so you kind of learn how to ask good questions and learn from people in that way.  Having learned how to learn was really helpful being in a new place, and a new industry because you want to be open to new things and that’s something FLEFF promotes - being open, having new ideas, sharing new ideas.

Q:What do you think about the theme of dissonance this year?
A:     I think the theme of dissonance is very bold and in your face and it kind of challenges you.  If you aren’t really familiar with the word, you may immediately think “oh you don’t agree, it’s negative”.  I think its nice that FLEFF is challenging that.  I come from a music background, and sometimes the chords in piano pieces and choral pieces are supposed to be dissonant.  You can sing it at first and it feels really weird, but if you think about it you see why it works because it highlights, say, the soprano’s high C note, the altos low A.  Sometimes the more different things are, the more you learn from them.  It’s kind of the idea of challenging yourself and being open to it.  It’s good to challenge things that could originally have a negative perception.  The more you challenge yourself, the more you grow.

Q:Do you consider yourself dissonant or a dissident in any way?
A:    That’s a good question to ask everyone!  I think for me just going against what people think makes me dissonant.  A lot of times whether you’re a college student or a professor or a businessman or work downtown, you’re expected to follow a certain set of rules or stereotypes, whether it has to do with your employment or just you as a person.  I like the idea of dissonance in that you’re challenging a lot of different stereotypes, or challenging society and society’s rules to become the individual that you are.  One of my roommates is an environmental studies major.  She was telling me about this maple syrup project that they do, where they harvest the sap and make the syrup.  I was just baffled because I’ve never heard of any of this.  There’s so many things inside of each little box that we put people in that people don’t even understand.  If you switched it around and put someone in a new environment, they might be dissonant for a little bit but then eventually you learn so much that you change.  So really, is there even dissonance?