Q and A with Mead Loop 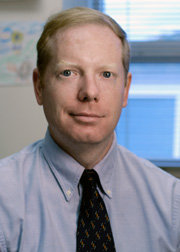 Q: I’d like to hear about your experience as an adjudicator for The Dissonance Project that FLEFF ran this spring for high school students.  Will you tell me about it?

A: The dissonance contest was an attempt to push our outreach with FLEFF to the high school audience.  That’s generally the audience that doesn’t attend FLEFF, so we’re broadening that focus.  We had submissions from as far away as Texas.  The responses ranged in topics from personal dissonances in their lives, to one person who wrote about dissonance surrounding conflict in the Middle East.

Q: Do you think this will prompt students to travel to FLEFF and bring their families, or was the purpose more to get students involved in film festival culture at a younger age?

A: Well, we chose five submissions as grand prize winners, and we are inviting them to Ithaca for FLEFF.  Whether someone from Texas chooses to come is up to them.  It’s not our real focus whether they are twelfth grade, headed to college, or somewhere in high school and eventually headed to college.  But, I suppose for some it will be an introduction to Ithaca College.

Q: It seems a common theme in a lot of the conversations I’ve had that youth, even up through college, tend to be a lesser part of the population at festivals.  Why do you think that is?

A: It’s just the nature of giving up a couple weeks from school. There will be classes in session at the end of March, beginning of April, so I think it’s just a factor.  There are after-school activities and homework.

A: Sure, the winner actually was the girl who wrote about conflict in the Middle East.  Of course, it’s a 2,000-year-old conflict, but it was her evaluation of right and wrong, and both sides having claims.

Q: Did she say why this topic was important to her?

A: She didn’t.  I could hazard a guess that it may be something she learned about in high school and wanted to explore.  The title is “Approaching the Arab-Israeli Conflict With an Open Mind”.  She talked about the political, nationalistic, and religious dispute over Jerusalem.  It’s such a contentious issue.  The tendency is for people to come down hard on one side or the other, but she evaluated both.

Q: Thank you.  My other question for you is this: You are a journalism professor, and, of course, the writing contest could be considered journalism related.  How did you originally become involved with FLEFF?  I think a lot of people have the concept that it’s a strictly film focused experience, and clearly it does cross departments.

A: Well, FLEFF is sort of the physical representation of our documentary studies degree.  We emphasize non-fiction.  Within that broader realm, there are lots of ways you can go, including experimental journalism.  If you look at how we structured that degree, we have the journalism component, we have the television production component, we have the cinema verite or view as well.  It’s defined pretty broadly in the degree, and if you’ve attended FLEFF, it’s all over there.  There’s a general theme, and a lot of things fit under that.

Q: Speaking of the theme, how do you think dissonance fits into the environmental theme?

Q: Thank you.  Any closing words?

A: Come and enjoy!