Q and A with Warren Schlesinger

Posted by Blaize Hall at 3:25PM 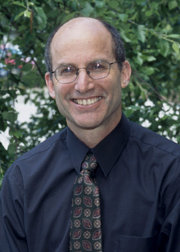 Q: How long have you been involved with FLEFF?
A:    Its been a number of years so I can’t even give you an exact number, at least 5 years.  I’ve been at the college probably 32 years and FLEFF is one of those things I really enjoy doing.

Q: What about FLEFF is uniquely related to Ithaca?
A:    Ithaca is a very intellectual community.  Whether we’re talking about faculty, or talking about carpenters, there’s just a range of people throughout Ithaca and they are interesting people.  I think that FLEFF is an opportunity for smart people to see some interesting films and it provokes some interesting discussions.  Its true for everybody in the community.  Especially as an accounting professor, I step outside my role as an accounting professor to be involved in the Finger Lakes Environmental Film Festival, to address some issues that are normally outside of what we would cover in a business course.

Q:How did you originally become involved with FLEFF?
A:    Well, I’ve always been interested in environmental issues.  One of the reasons I came back to Ithaca is I am definitely an outdoorsy kind of person, and concerned about the environment.  I think that over the years, that interest has grown, I’ve taught a course related to sustainability.  I know some of the people who have been involved with  FLEFF, and we had discussions about how I could get involved.  I recruit faculty to teach courses that would be connected to FLEFF, and also am involved in the fellows program where we’re bringing in very bright, accomplished graduate students of color to come to Ithaca College.  It’s in part an affirmative action program, to invite scholars from diverse backgrounds to come to Ithaca College to familiarize themselves with Ithaca College and also to provide some diverse perspectives as part of the festival.  We usually have discussions after the films. On Fridays we have these discussions all day long, workshops with various filmmakers and others connected to the festival, and the scholars play a role in that as well.

Q:Do you have a favorite memory from FLEFF?
A:    That’s a hard question.  I enjoy every year.  I think what I enjoy the most, and it surprises me it happens every year, you bring these 8-10 graduate students together from all across the country, they don’t know each other, they come from different disciplines.  After three to four days of being here, they bond together as a group, and they feel connected to each other because of their shared experience of being at Ithaca College, and being at the festival.  They walk away with a very positive view of Ithaca College.  Seeing that develop every year is remarkable.  In a way, it’s what students go through over their four years.  You know, you come as a freshman, you’re apprehensive, you don’t know if its going to work for you, and then you graduate and you’re almost in tears because you’re leaving and you make great friends.  That’s four years of your life.  This happens in four days.  The fact is that they have this intense experience, and many of them today stay in touch with each other.  There was a collection of articles that one group wrote one year.  One person became a professor and brought her class back to the festival one year.  It’s interesting to see the connections that are made. (speaking of FLEFF Fellows Program).

Q: You’ve seen a few years of the festival, and the different themes.  What do you think about this year’s theme of Dissonance?
A:    There are going to be things that are outside of the theme, or only tangentially connected, but I think the idea of having a theme, helps to start conversation, to ask that question, even. What is dissonance, is it a good thing, a bad thing?  Where is the dissonance within a film?  It just provides another entry point to a film or a discussion that is helpful.   What it also does is it highlights the value of dissonance, as opposed to a more melodic or peaceful life.  Dissonance is good, especially on an intellectual level.  It’s provocative.  I think this year’s is a terrific theme, that people can also connect to.    Dissonance is important and timely.  The reality is that we are living in a very dissonant society right now.  We go through various periods of that.  The issue of income inequality and other issues that are facing us, winding down these wars in Iraq and Afghanistan, there’s a lot of dissonance out there.  You look at the issues over climate change and the controversies, not, in my mind, that climate change is controversial over its existence but how people respond to it or don’t respond is just incredible.