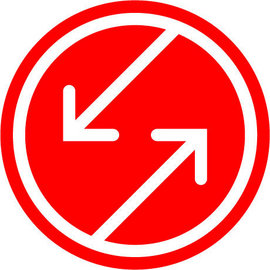 This is a continuation of my interview with Enrico Aditjondro, writer/producer/content manager for EngageMedia and Jury for the Distributed Microtopias Exhibition. Please check out the first part of our interview where we discussed Null_Sets and the prize selection process here!

Aditjondro shared some opinions on new media and secrets of working for EngageMedia, a major media hub based in Indonesia that focuses on human rights and environmental issues.

Karly Placek: So EngageMedia allows voices from many different countries to be heard. How will - or is - EngageMedia changing the world?

Enrico Aditjondro: We don't know whether we're changing the world or not yet. When people watch the videos, that's when true change begins. EngageMedia is about video distribution, not video production. A lot of people are producing videos but they're not being watched by the right people. The NGO's, organizations, and other activists are producing many videos - which is great, but they're only being watched by their fellow group members. Activist videos being watched by activists - we want to go further than that.

KP: And how do you go further?

EA: Well that's where  distribution, promotion, and making videos accessible to the right people comes into play. Sometimes getting your videos watched by five senators means a lot more than one million views from people in L.A. You have to know who you're targeting. EngageMedia is actually working with MIT to do research measuring video impact. Hopefully we can come up with a way to see exactly how a video impacts individual communities.

KP: Where do you see the future of video distribution sites such as EngageMedia?

EA: The future is mobile. Mobile internet, mobile phones. Everyone and everything is going mobile - which can be a bit difficult for us. We're independent, which means we make our own software that can be expensive. We're in the same arena with giant sites such as Youtube and Vimeo. All video sites have realized that people are producers now, not just users. If all of our producers are using mobile internet, we have to do that as well because that's where the future lies. However, at EngageMedia we remind ourselves that there are many great producers out there who lack computers. We want to help videos throughout places such as the indigenous communities in Borneo and Malaysia be distributed for others to see. We need to create various initiatives that can be used both online and offline.That's where mobile technology will help.

Special thanks to Enrico Aditjondro for his time and insight. Do you agree with Aditjondro? Do you think the future is mobile?