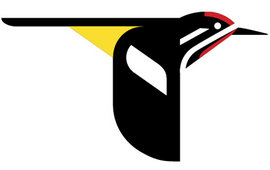 On Sunday, April 6, the Cornell Lab of Ornithology presented a showcase of work from the multimedia lab, moderated by Karen Rodriguez. A panel answered question after a screening of six works that lasted about an hour. The audience was mixed; students, bird- loving community members, and children eating dried rectangles of seaweed filled the seats in Cinemapolis.

The multimedia lab was described as a unit to tell the stories of birds, people who study birds, and the challenges they face. Through conversation media— sound recordings, still photography, and video recordings— struggles of birds can be shared with concerned people all around the world. It is also used as a means of storing data and keeping a record of individual organisms at a certain time and place.

A patron in the crowd compressed the screening into one sentence, describing the experience as "an hour around the world," and said he "laughed, was bewildered, angry, and jealous" at different points throughout. The audience audibly laughed over the stop-and-go feeding approach of the Louisiana shorebirds, gasped at the displays of the Birds of Paradise, and stared in silent horror at the number of birds killed by illegal mist-nets in China. A roomful of strangers, brought together by an unlikely subject: birds.