Posted by Anna Bornstein at 3:20AM 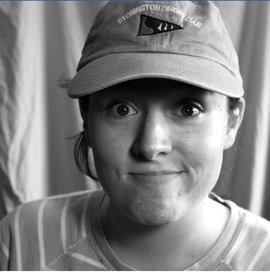 I went into the week nervous about asking questions and talking with filmmakers/presenters and ended the week wishing I could meet more of them.

I spent 10 hours straight at the movies, and it was AWESOME.

FLEFF’s slogan is “A different Environment,” and the week certainly lived up to those words.

On Sunday afternoon I attended “Rumble: the Indians who Rocked the World,” a film about the unbeknownst Native American influence on music, particularly in the creation of rock. The theater was about a quarter full of college aged people, senior citizens, and a moderator in his 40’s.

The film gave many profiles of prominent (and many unbeknownst) Native American figures in music ranging from Jimi Hendrix to the Black Eyed Peas.  I wasn’t sure how the discussion would go with such a drastic age gap but was pleasantly surprised by a dynamic conversation about music following the screening. A lady told us a story about her time at Woodstock. A student explained to her who the Black Eyed Peas are. We were all shocked by how many prominent musicians have Native Roots. None of us knew the true influence Native Americans have on modern music. We were frustrated with the US’s continuing attempts to erase Native Culture.

It was one of the best discussions I’ve ever had and it was with complete strangers, mostly 50 years my senior.

Another memorable event was Dr. Sheila Vakharia opening night lecture on the Opioid Epidemic, where I learned more about Public Health issues in two hours than I have in my entire life. Dr. Vakharia took everything popular media tells us about the opioid epidemic and turned it upside down. First and foremost, it is not in fact an opioid epidemic but an overdose epidemic stemming from poor public health policy. We learned how public health relates to socio-economic status, race, and location.

I laughed. I argued. I questioned. I cried. I had an incredibly meaningful week at FLEFF.