Posted by Sophia Feuer at 1:41PM 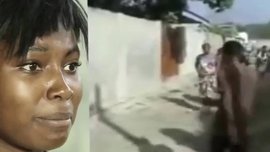 On Monday, the Ithaca College campus was transformed. The 19th annual Finger Lakes Environmental Film Festival took off with an energy and excitement that has only accumulated throughout this week.

I attended four panels at the FLEFF Opening Forum. Over 30 members of the Ithaca faculty and FLEFF guests came together to discuss the overarching theme, Landscapes.

Environmental, physical, social, economic, political, racial, scientific and conceptual landscapes were all up for open discussion. As a matter of fact, each of these landscapes were a part of the conversation, infused with each panelist’s knowledge, research and specialties in their respective fields. The panel created a unique environment where individuals from various scopes of practice either united or combated with one another over topics that evidently affected each and every field.

Right off the bat, a prominent topic for discussion was social and global change facilitated through media. Professor Cynthia Henderson from the Department of Theatre Arts discussed her own use of theatre and film to influence people and to engage them conversation about the conflicts that occur worldwide.

Henderson is the founder of Performing Arts for Social Change. Through the creation of art and performance pieces, Henderson leads workshops that give a voice to societal issues that are often overlooked.

Henderson just returned from continuing her work in West Cameroon. One of the things that struck me about Ms. Henderson is her great passion for making a change, dedicating her talents to empowering other individuals.

Through this process, Henderson also describes it as an exploration of “why we do what we do” and “the human condition.”

Henderson additionally expressed her keen awareness of the multilevel aspects of the landscapes of life. She describe this through what she calls the Actors Landscape. As human beings, we all have the abilities inside of us to play any role. Therefore, it is about what aspects of our landscape we choose to live with.

Henderson also most recently created a film called We Need the Truth. Through emotional monologues, the film addresses the issues that plague Cameroon and the lack of dialogue and action.

We Need the Truth will be playing as a part of The Finger Lakes Environmental Film Festival downtown at Cinemapolis on Sunday, April 3rd at 1:05 pm. To learn more about the work for social change that Cynthia Henderson does, attend the film and the engaging filmmaker Q&A to follow!