The Festival for All

Posted by Caroline Bissaillon at 6:57PM 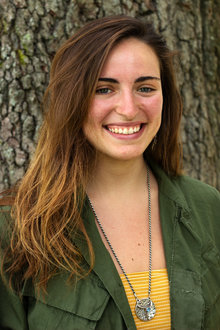 I often go to museums but cannot recruit anyone to come with me. While in Vienna with my abroad program I used the trip as an opportunity to go to as many museums as I could.

I went to the Leopold and saw figure paintings with obscure expressions by Egon Schiele. At the Mumok there were optical illusions in the exhibit “Vertigo” that forced the viewer to move around the piece to fully view it. The pristine grounds of the Belvedere Schloss awed me, as did the art inside including Klimt’s shimmering gold leaf work.

Seeing several different museums in a concentrated time was like a personal mini-festival of museum viewing.

It was a personal experience because I was alone. Despite the crowds of tourists no one wanted to converse with about the figures in Schiele’s paintings or join me on the bouncing exhibit in the basement of the Mumok.

I enjoy going to museums alone because I can spend time on the things I want to see without feeling rushed because of anyone else.

But when art produces an emotion, a thought, or a memory it is far more enticing to vocalize the experience than to keep it personal.

The first time I went to FLEFF I was by myself.

I assumed when I first went to the festival that I would be around celebrities from Hollywood movies on a red carpet. I thought I would just see one movie and go home.

I ended up staying at Cinemapolis for several events and went back every day the festival was running. I recruited my friend to come to a film on cloud forests, a film she enjoyed and said she otherwise would not have watched.

FLEFF strives to program a festival that could be classified as the antithesis of Hollywood.

I did not imagine watching movies all day for a week to be exhausting, but running on popcorn and coffee did not produce the energy I wanted.

A festival produces a triangular relationship between the films shown, the audience, and the artists attending. Going to FLEFF has made me realize that festivals are not the end of the creative process for artists, audiences function like a focus group with discussions and reactions of what they see.

I recall being surprised by how open fellow audience members were to talk to strangers about the films. Hearing what the artists had to say about their work was invigorating and made my popcorn-diet worth it.

It is not often that one gets to experience art and then directly ask the artist a question.

The event of a festival forces people to come out of their homes, get off streaming platforms, and have an uncommon experience. It is rare in that an audience will stay in their seats after the lights go up to continue the experience of the film.

The festival atmosphere highlights the dangers of the streaming world, as it makes it so obvious that humans are craving to communicate and connect over shared experiences, such as watching a film.

As the festival slogan says, FLEFF creates a different environment. It is like a museum in the way that it is open for anyone willing to purchase a ticket. Attending FLEFF alone did not affect my experience much because I was partaking in communal events that made me more than an audience member and a part of the festival.