Posted by Lindsay Harrop at 1:49PM 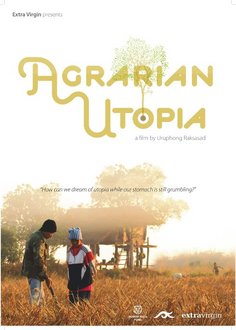 Fellow FLEFF Intern Abby Sophir has already highlighted her Top 5 films to check out on the Ithaca College campus for FLEFF week. For those interested in heading into town, here are five of the films I'm most excited to be seeing at Cinemapolis!

1: Bastards of Utopia by Maple Razsa: As a politics student, I love learning about areas of international conflicts and the Balkan States are one of my favorite corners of the world. Bastards of Utopia is about three leftist-Croatian-activists who continue to fight for their political views after the collapse of Yugoslavia. As an added bonus, the filmmaker Maple Razsa will be at the 4:00 showing too! (Screening: Sunday, April 17 @ 4:00pm & 9:30pm)

2: The Last Laugh by F.W. Marnau:  Ithaca College's own award-winning pianist John Stetch will be performing live improvised accompaniment to this 1924 silent expressionist film. This is literally a once in a lifetime event that can never be recreated so make sure to be there! (Screening: Friday, April 15 @ 7:00pm)

3: Plunder: The Crime of Our Time by Danny Schecter: We hear about the financial crisis all the time but this film from "the news dissector" Danny Schechter explores the criminal activities that lead to the collapse of the housing market. Plus Danny Schecter will be present at the 2:00 showing on April 16th so it's definitely one to check out! (Screening: Saturday, April 16 @ 2:00pm & 7:30pm; Sunday, April 17 @ 7:30pm)

4: Four Lions by Christopher Morris: If you're in the mood for a narrative film, Four Lions is the story of an incompetent terrorist cell in the UK. It's a black comedy that's garnered a lot of critical attention and one I'm definitely interested to check out as something different from the mainstream. (Screening: Thursday, April 14 @ 9:30pm; Saturday, April 16 @ 4:10pm; Sunday, April 17 @ 7:40pm)

5: Agrarian Utopia by Uruphong Raksasad: Back to the documentaries, this is a gorgeous film from Thailand following two families trying to get through one more season of rice-farming despite facing seizure of their land. This is an important issue we don't often hear about and I'm interested to look at it from a non-American perspective. (Screening: Friday, April 15 @ 7:30pm; Saturday, April 16 @ 9:30pm)

What other films are you guys excited to see?