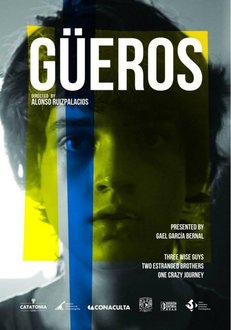 You’ve seen it on countless posters and advertisements. Habitats. Environments. What does it all mean? Well, it means that this year, FLEFF promises to create havens for dialogue and open conversation on a variety of topics and films. Everyone can find a habitat within the events taking place.

While these conversations dominate the Ithaca College campus for most of the week, on Thursday April 9, FLEFF moves into the greater community with film screenings at Ithaca’s own art cinema Cinemapolis.

Here are a few screenings that shouldn’t be missed:

Groundbreaking in it’s style of storytelling and cinematography, this film, one of the first deemed culturally significant by the United States National Film Registry, tells the account of a couple’s life and journey of overcoming adversity through love.

The Cloud Chamber Orchestra specializes in improvisational music and film scores and participates in FLEFF annually. You have to come see it yourself to believe it.

This comedy/drama film is a story about the 1999 student demonstrations in Mexico City, and one young boy’s attempt to find meaning by tracking down Mexican folk-singer Epigmenio Cruz.

Do you eat? Do you like food? If you answered yes to either of those questions, then you should definitely try and catch the screening of this award winning film that reveals the vast amounts of (perfectly edible) food being discarded in the U.S. every day. This is the story of two filmmakers who attempt to live off of discarded food and what they discover by changing their lifestyle.

Just Eat it is sponsored by Tompkins County Solid Waste Management Division and will screen on Thursday, April 9th at 7:00 PM.

Puerto Rico has been a colony of the United States since 1898 as a result of the Spanish American War. Recently in 2012 the Puerto Rican people attempted to redefine their relationship with the U.S. The filmmaker, a Puerto Rican native, traveled back home in order to tell the story of the Puerto Rican people’s struggle between maintaining their cultural identity and wanting equal rights as Americans through official statehood. The film shows many sides of this ongoing debate and brings the problem to the American people’s attention.

The Last Colony will screen on Saturday, April 11 at 2:00 PM with a talkback with filmmaker Juan Augustín Márquez.

Check out the full Cinemapolis FLEFF schedule here and be sure to buy your tickets early as we expect many events will sell out.