TOP 5 MISCONCEPTIONS ABOUT FLEFF AND HOW TO CHANGE THEM

Posted by Kayla Reopelle at 6:53PM 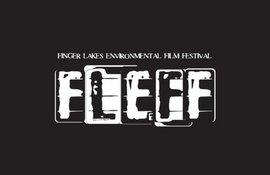 During FLEFF week, I was absorbed by the festival. While speaking with other students about the event, I discovered five flagrant misconceptions about FLEFF.

Here are five ideas to leave at the door.

1. I can’t do anything with FLEFF until the festival starts

FLEFF hosts events year-round, but most of them occur during the week of the festival.

To prepare for the festival, try learning more about the films which will be featured before going to see them. Read blogs, comment on them, look up trailers -- the more you know about the program, the more dynamic your experience will be.

2. Lectures and concerts don’t fit into a film festival

Also, the concert’s connection to cinema is quite deep. The relationship between the music and the film constructed by Insights International remains crucial to the theme.

3. This is an environmental film festival. Why don’t you have more green-tree-nature related films?

FLEFF expands the definition of environment and sustainability to encourage audiences to think about the world differently.

One of the biggest things I learned during FLEFF was that I couldn’t predict which films would engage me. Big White Whale Films (commercial, large budget, white-dominant films) are valuable and entertaining, but challenge yourself to see at least one project each day that you wouldn’t be able to see anywhere else.

I didn’t think I would enjoy the Cornell Lab of Ornithology shorts. I almost saw The Hungry Heart, a documentary I knew I would enjoy, instead. I’m very grateful that I pushed myself to see something I thought might be boring. The Lab of O shorts ended up being my favorite films from the entire festival.

5. I have nothing interesting to say to a guest, so no one will want to talk to me

One of FLEFF’s distinguishing characteristics is its connection to a college. Many guests keep coming back to FLEFF because it offers professionals to re-immerse in an idea-driven environment.

Standing in a group with other students can be intimidating to guests because they don’t know anyone here. They want to talk to students, and your ideas are interesting.

Grab a friend and ask them something simple, such as “What films did you see today?”