Top Five: FLEFF Guests To Look Out For

Posted by Isabel Galupo at 2:42PM 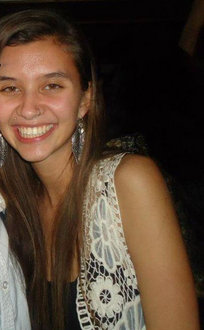 FLEFF Week 2012 is coming up fast, and the list of this year's festival guests is up on our website!

While every FLEFF guest brings something dynamic to the table, here are five guests that I am especially looking forward to meeting and learning from!

1. Cynthia Henderson: An Ithaca College Theatre Arts professor. Cynthia Henderson has countless acting and directing credits in the United States, Europe, and Africa. As I am pretty unfamiliar with theatre, I am hoping that Professor Henderson will shed some light on the intersections between live performance and social change and the ways in which live performance and film interact with and contradict each other. I am also extremely interested in her work on "A Wrinkle in Time" at the Lincoln Center for Performing Arts, as that is one of my absolute favorite books!

2. Chris White: As a cellist who actively performs both classical AND non-classical music, Chris White straddles the line of tradition versus innovation. White seems, to me, to epitomize the purpose of FLEFF; to make sense of (false) binaries and create new meanings out of tension and polarity. As the founder and director of New Directions Cello Association & Festival, I am sure that he has a lot of great insights about how to create a hub for like-minded artists and intellectuals to learn and grow together.

3. Matthew Podolsky: A graduate of Ithaca College with a double major in Cinema and Photography and Environmental Science, Matthew Podolsky helps run the non-profit organization Wild Lens. Podolsky's very obvious interests in documentary production and the environment speak directly to FLEFF's mission, and I am excited to hear about his experiences as an IC alum.

4. Toivo: From Trumansburg, NY, Toivo is a six-piece band that boasts of a hodgepodge of musical influences, such as Finnish and Tex-Mex, suited for dance traditions from all over the world-- waltzes, tangoes, polanise, two-steps, and many, many more! Much like Drs. Brad Hougham and Debbie Martin in their presentation about "The Concert for Microtopias," Toivo seems to embody the very "FLEFF-y" idea of creating meaning from conflicting musical forces. I am very excited for their performance, as I don't think that I have ever heard traditional Finnish music before!

5. Laura Kissel: A documentary filmmaker and Director of Film and Media Studies Program at the University of South Carolina. Her short biography on the FLEFF website already had me asking questions; I am excited to learn about her use of "orphan films" in her critical media work. As Kissel is heavily involved in academia, I hope that she will be able to provide faculty, students, and other FLEFF attendees advice on how to balance institutional demands with creative needs.

Which artists are you most excited to see during FLEFF week 2012?