Posted by Sam Stahnke at 1:26AM 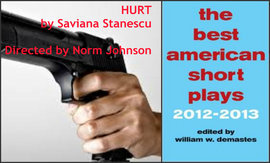 5.) Helicopter blades thump above.  The camera peeks over the gunman's shoulder, cows graze on the field below.  Then the gunman starts shooting.  Cattle lurch and keel over.

Until now such footage of the '60s and '70s liberation from colonial rule in Africa remained hidden.  Director Göran Olsson (The Black Power Mixtape) splices this newly found footage into the film Concerning Violence.

The images play over equally propulsive quotes from Franz Fanon, an intellectual who backed decolonization struggles in the aftermath of WWII.

Concerning Violence plays on Thursday and Saturday at 9:05 and 7:05.

4.) In 1928 The Crowd directed by King Vidor dropped into theaters.  Although MGM studio head Louis B. Mayer reportedly hated the film, today The Crowd enjoys a place on many lists of great American films.  The film viewed the impersonal metropolis from the standpoint of a married couple attempting to survive.

3.) The multilingual documentary The Last Colony looks at the question of Puerto Rico's statehood.  The century long debate surfaces in the conflicting interviews.

One interviewee says, "I want to remain who I am.  I am Puerto Rican."

Another counters, "I'll be a Puerto Rican American."

The Last Colony plays on Saturday at 2:00.

Live music from Fe Nunn and friends will go along with the Cinemapolis screening.  Nunn began his multicultural music program as an undergrad at Ithaca Collage.

Spoken word with Cynthia Henderson caps off the event.  A professional actor since 1985 Henderson performed on stage and screen in the U.S., Europe and Africa.

1.) Disillusionment, inky black humor and incendiary topics (like school shootings) populate Hurt.  Saviana Stanescu structured her play Hurt around three interspersed monologues.  A gifted yet alienated Balkan-born professor named Darko verges on violence.  Meanwhile a woman he dated and a student with a more twisted connection attempt to reach him.

Hurt will be performed on Sunday at 4:05.