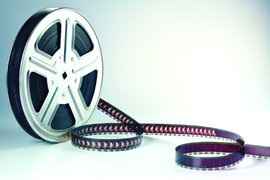 As I’ve had a fraction less than a week to let FLEFF fully saturate my mind, I find that my head is still swirling with all of these new intellectual ideas. The films, speakers and workshops all engaged in a deeper level of thinking.

I came out of the festival week with newfound knowledge on subjects such as biological art, the complex Chinese train system and the activists of the Harry Potter Alliance.

To conclude my thoughts on FLEFF, here are the top three concepts that have really changed the way I think.

The only thoughtful dialogues or debates I’ve encountered are initiated from school. The on-campus labs and even the Q&As after films sparked some great debates and ideas.

Listening to citizens engage in political discourse brought me to the conclusion that this type of discussion occurs everywhere. It was truly enlightening to hear.

Many people often incorrectly assume that festivals only associate with film screenings. New media is a platform with a growing audience. At FLEFF, I attended a new media workshop with Professor of New Media at Wichita State, Claudia Pederson.

I discovered that new media is displayed all over the world as installations and exhibitions. These artists have paved a new digital path in the technological art world.

While I found that not as many people are familiar with new media as they are with film, it’s possible that in the future, new media will have the same audience.

3. There is an abundance to learn from festival guests.

I found myself overwhelmed during FLEFF with all of the fantastic guests. There were so many filmmakers and artists who I was really excited to speak to. When I began talking to these guests, I never imagined I would learn so much.

After screenings, the Q&A with the filmmaker would reveal such fascinating information. For example, after the film The Iron Ministry, I learned that filmmaker JP Sniadecki filmed over a period of three years and could speak fluent Mandarin Chinese.

All of the guests were so helpful and willing to share their thoughts and ideas.

What are you excited for next year at FLEFF?