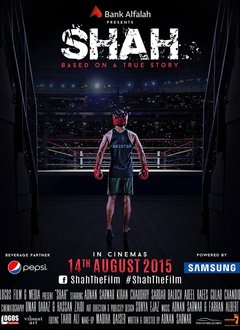 In FLEFF, the program of events represents a wide array of films and projects that have both cultural significance as well as significance in their respective mediums. "Shah" a Pakistani film directed and starring Adnan Sarwar has such significance and will start this year's FLEFF at the Kick-Off event on February 21.

Shah chronicles the life and career of Pakistani boxer Hussain Shah, who rose from an impoverished background to compete in the 1988 Olympics in Seoul, South Korea, and eventually took the Bronze metal. The film has already premiered in Pakistan, but the FLEFF Kick-Off has the distinction of being the first screening of the film in the United States.

Director Adnan Sarwar will attend the event, and will participate in a Q&A session after the screening conducted by journalist and blogger Raza Rumi. The session will field questions from the audience as well, facilitating a dialogue between Rumi, the audience, and Sarwar. The discussion will cover not only the production of the film itself, but international events surrounding the film.

Shah has high production values in spite of its remarkably tight budget. Director Sarwar has multiple roles in the film's production, having the job of producer, writer, composer as well as starring in the film. In this interview with Ary News, Sarwar describes the training he committed himself to in order to portray Shah. He describes the pain of running and boxing without shoes, an authentic detail from Shah's career, saying, "This was really painful for me" and realizing in the process, "how Hussain Shah bore so much." In total Sarwar lost over 25 pounds while training for the film.

The Kick-Off will be held on February 21 at Cinemapolis, starting approximately at 4:30 pm. The event will be free for the first fifty attendees.