The Green Book of South Carolina 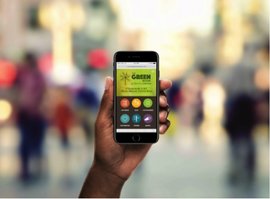 The Green Book of South Carolina

The Green Book of South Carolina is an online travel guide for laptops, PCs, and mobile devices that allows users to recover African American history by charting their own itineraries from a database of more than 300 sites throughout South Carolina.

Created by the South Carolina African American Heritage Commission, the guide pays tribute to the Negro Motorist’s Green Book first published in 1936 by New York mail carrier Victor Green as a directory of safe places for traveling African Americans. The publication was essential during the many decades between the Emancipation Proclamation through Jim Crow and into Civil Rights when African Americans, an emerging middle class that began traveling for business or to visit friends and family, were often denied the right to enter towns after dark. Moreover, they were not guaranteed equal protection by police should they be attacked.

Today’s contemporary online guide pays homage to the original and invites travelers to experience a part of the history that helped shape South Carolina. The new Green Book lists historic schools, churches, cemeteries, homes, cultural sites, districts and HBCUs associated with African American heritage. All sites included on the platform have been registered on the National Register of Historic Places or are designated with official state historic markers.

When users access the website, they will find four primary ways to find these places: entering keywords in the search bar at the top; browsing an alphabetical listing of all sites at the “LOCATIONS” button; searching by category at the “CATEGORIES” button; or clicking on “MAP” and finding sites within 25 miles of where their device is geo-located. Users can also build their own itineraries by selecting "FAVORITES," or consider suggested itineraries under "TOURS." One such tour is “Flights of Fancy” that focuses on African American figures in aeronautics and astronomy — a national historical detail that has recently come to wider attention with the success of the film Hidden Figures (2016) about the African American women mathematicians who helped the U.S. space program.

Not only does the online travel guide make it easier to navigate South Carolina, it helps users learn about everything from churches that served as community centers and sanctuaries, to farms and factories that became sites for mobilizations of collective action, to beach resorts that were open to African Americans during the era of official segregation. Other sites include houses, orphanages, libraries, and slave markets — that is, sites of historical trauma and slow pain and sites of collective inspiration and national progress. The Gullah Geechee Cultural Heritage Corridor, for example, contains important sites to the African American community of Gullah (also known as Geechees), who lived on the sea islands and are familiar to many from Julie Dash’s ground-breaking, narrative film Daughter of the Dust (1991), the first feature film directed by an African American woman, recently referenced in Beyoncé’s Lemonade (2016). The corridor, however, includes many other histories as well, demonstrating the multiplicity and diversity of  African American experiences.