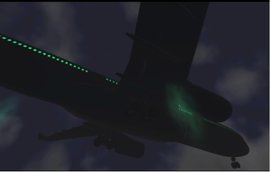 Luke Munn uses the body and code, objects and performances to activate relationships and responses. His projects have been featured in the Kunsten Museum of Modern Art (Denmark), the Centre de Cultura Contemporània de Barcelona (Spain), the Fold Gallery London (United Kingdom), Causey Contemporary Brooklyn (United States), and the Istanbul Contemporary Art Museum (Turkey), with commissions from Aotearoa Digital Arts, and TERMINAL. He is a Studio Supervisor at Whitecliffe College of Art and Design and a current Ph.D. candidate at Western Sydney University (Australia).

During the 1990s, artists like Joan Heemskerk (Netherlands) and Dirk Paesmans (Belgium) as JODI, Vuk Ćosić (Serbia), Cory Arcangel (United States) experimented by inserting glitches in the coding of visualization software. By introducing seams into these ostensibly seamless technologies, their projects made visible the structures underpinning the surfaces of digital media.

Luke Munn’s Null Island extends this interest in making the invisible structures visible in digital systems by looking at global positioning system (GPS) systems. While GPS is familiar through its fairly recent consumer application on phones and in automobiles, it dates to 1978 with the U.S. military’s NavStar, which coordinated signals between satellites and receivers to calculate exact locations.

Munn’s project takes its name from a one-meter square virtual island located at latitude 0, longitude 0 near the Gulf of Guinea. With its 0,0 geographical coordinates, Null Island is south of Ghana and west of Gabon, Equatorial Guinea, and the islands of São Tomé and Principe. The island might not be real in the sense of physical geography, but it is real in other senses, much like the reality of our own individual digital identities (data accumulated through our online activities).

More significant to the project, 0,0 is the value returned when GPS systems fail. As a result, objects are temporarily located at these coordinates. “The space thus serves the practical function of allowing systems to diagnose and trap errors,” explains Munn; “At the same time, it provides a small yet tangible instance of the inconsistencies at the heart of our technological systems.”

Null Island allows users to explore the objects drawn to this island by (re)creating the island in a game engine. Wandering around this semi-fictional space, users encounter a collection of trapped shipping containers, wayward satellites and misdirected vehicles – their smooth trajectories interrupted by error. Users can speculate about the objects and how they came to arrive on the island.