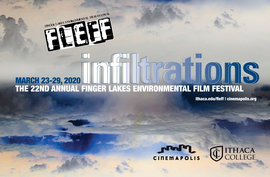 Coal transformed societies, built empires, and expanded frontiers. What followed was blackened lungs, polluted air, mining disasters, toxic by-products, contaminated water, and poisonous carbon-di-oxide emissions that has launched us into the climate crisis. This course will trace the fascinating and complex infiltration of King Coal; from its colonial legacies to contemporary social and environmental politics as it faces mounting resistance from indigenous communities questioning the legality and illegitimacy of powerful mining corporations. Through films and texts, we will uncover the events that radically threaten our very existence on the planet. Block II MW 4-6 PM March 23 – April 8th, 2020. Pranietha Mudliar

Why do audiences make some films popular and not others? What does that tell us about the kinds of narratives that resonate with mass audiences? How do some films effectively convey messages that act as cultural interventions that empower audiences to imagine a different kind of world in which to live? Yet, other films help to maintain the status quo. The persuasive nature of underlying messages identified in FLEEF films are examined here as a means of digital, cultural, economic, ideological, social, environmental and political infiltration of ideas into public dialogue. In this class, we discuss how filmmakers function as dominant storytellers through their uses of narratives, words, images and sounds to infiltrate or intervene in current debates and issues. As such, we consider the methods of rhetorical criticism to help uncover their arguments and implications. In this course students will write reflections on required readings and films and attend FLEFF screenings. Block II TTh 4 – 5:15 PM. Chris House

Why is there a War on Drugs? It’s time to infiltrate enemy lines and the weapons, arguments, casualties, and causes of the US War on Drugs. What can we uncover about the assumptions and ideologies that have led so many drugs to be legal while others are not? Is the War on Drugs about making people criminals or is drug use a normal part of being human?  Are there other countries that have a war on drugs? Or are there places where all drugs are decriminalized or legal? Bring your investigative eyes and minds as we spy across borders to answer these questions. Block II March 17- April 9 4 – 5:15 pm plus active participation in FLEFF, March 27-29. Stewart Auyash

From a pop culture perspective, feminism has become something of a buzzword. Commodified and decontextualized, this infiltration of marketplace feminism generated by pop culture and endorsed through media platforms has had a profound impact on society.  How do we live in a time where most of the problems and social issues that created feminist movements in decades past still exist and are as critical as ever, yet this feel-good, celebrity-framed feminism leads us to believe that feminism is so mainstream and hip, the fight must nearly be over? Led by the Spice Girls call for ‘Girl Power’ and snappy songs in the 1990s, to Katie Perry describing her signature fragrance as “royal, rebellious, and feminist”, how do we interpret Maxim declaring itself the new feminist bible in 2015, simply for no longer ranking the ‘f***ability’ of famous women? This course will explore how pop culture took us from Girl Power to Girls Gone Wild through the buying and selling of a political movement. Block II, 1 credit MW 4-5:15 pm. Lauren Britton.

This course will be a blend of readings, cases, and discussions pertaining to the role that corporations and their employees can play in improving the health of the planet.  We will discuss employee motivation and incentive systems, firm governance and structure, models for communication of sustainability actions, and how businesses can finance the changes, including “Doing Well by Doing Good”. Students will be expected to attend at least two FLEFF films relevant to the topic. Block II March 21 10:30 – 2:15 pm, March 22 11:30 – 3:15 pm, March 28 10:30 – 2:15 pm, March 29 11:30 – 3:15 pm. Margaret Shackell-Dowell

The focus of the class is on how filmmakers represent “infiltration” on a local level—in neighborhoods, families, schools and workplaces. We will examine how social, cultural, and economic forces challenge our notion of “infiltration” and complicate our understanding of barriers and boundaries. In addition to viewing films included in the Finger Lakes Environmental Film Festival, we will explore these concepts as portrayed in popular feature films.  Block II 6 - 8:30 PM March 17, March 19th, March 24, March 26, March 31. Jerry Mirskin