The New Environment of Indie Cinemas by Brett Bossard 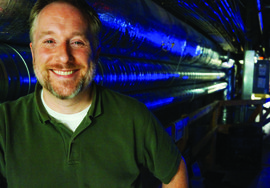 Brett Bossard currently serves as the executive director of Cinemapolis, a non-profit art house cinema in Ithaca, NY. He has spent the past two decades in arts administration, working for a variety of community arts organizations and public history centers, including the Community Arts Partnership of Tompkins County, the Hangar Theatre Company, and the Cayuga Museum of History and Art. A recovering broadcaster, he stumbled into the non-profit sector while interning at a history museum in Bowling Green, Ohio. Having spent a life mired in popular culture, he traces his own cinephilia back to an early appreciation for Disney documentary short subjects, viewed at the Jerry Lewis Twin Cinema in his hometown of Hornell, New York.

“Hollywood, as we once knew it, is over,” declared Nick Bolton in Vanity Fair.[1]

And so too is the old notion of the art house cinema exclusively for cinephiles. The enclaves for film aficionados to revel in international art cinema and to demonstrate their devotion to a very specific type of film are gone.

However, the changing landscape of art cinema is anything but funereal.

A new direction for film buffs has emerged in its place: the people in the theater talking about the experience of watching a film has become as important as the film itself.

Rather than mourning the demise of cinephilia, this new era of cinema exhibition celebrates community, controversy, and collaboration in programming. [JB1]

Hundreds of independently operated theaters—most established (or re-established) as non-profit organizations—dot the landscape across the United States.  They offer a variety of place-based operational models.

Like regional performing arts venues that mix classic and contemporary theatre, today’s art house cinemas offer the theater as a point of access for communal engagement with an art form.

Instead of the auteur-driven orientation of individualistic cinephiles in days past, this evolving model prioritizes the collective experiences of spectators.

However, as the distribution and exhibition mechanisms of the film industry reorganize, mission-driven independent cinemas and the communities that support them enter an uncertain future.

Daunting challenges to film exhibition loom: day and date releasing structures, alternative viewing platforms and streaming, and the growth of Netflix and Amazon as producers of prestige narrative fiction and documentary film.

In September of 2016, Abramorama, an independent distribution company founded by Richard Abramowitz, handled a special limited theatrical release of The Beatles: Eight Days a Week - The Touring Years.

Directed by Ron Howard, Eight Days a Week featured previously unreleased footage and audio of the Beatles.  It was slated for the Hulu streaming service only two days after the initial theatrical release.

Commercial theater chains declined to show the film because of this short window of exclusive availability, so Abramowitz worked directly with bookers and programmers at nearly 100 independent cinemas to set up one-and two-night engagements, promoting the film as a cinematic event.

The Beatles: Eight Days a Week opened to sold-out, enthusiastic audiences. It set sales records for a film that was simultaneously available on a streaming service.

At Cinemapolis, the local art house in Ithaca, New York, the initial two-night engagement was so popular that we requested a more traditional week-long run with multiple daily screenings. Scores of other theaters did the same.  The film played a theatrical run for several weeks.

Abramowitz credited community engagement as the reason for the success: “Audiences want to see it communally... It’s an emotional, shared experience for an audience.”[2]

Although a special case due to its popular culture subject matter, big name director, and a large promotional budget, The Beatles: Eight Days a Week demonstrates the enduring appeal of a communal experience with a film.

A five-screen nonprofit cinema, Cinemapolis primarily screens first-run feature films from independent and international distributors. We are home to the Finger Lakes Environmental Film Festival (FLEFF) and to smaller festivals such as the Ithaca Fantastik Film Festival and the Cine con CULTURA Latin American Film Festival. These collaborations sustain our cinema while building new audiences. They also create additional opportunities to engage with foreign-language films.

Like many art houses across the country, our theater offers an oasis in a cinema desert.

Upstate New York abounds with commercial megaplexes. However, apart from university film series, there are no cinemas within a two-hour drive of Ithaca that present theatrical runs of international films, socially relevant documentaries, or the small-budget features that form the core of American independent cinema.

But Cinemapolis is not alone.

The theater belongs to the Art House Convergence, a network of independent theaters which mounts an annual conference and several regional seminars each year.

The week before the 2017 Sundance Film Festival, this gathering welcomed more than 600 delegates.  Art House Convergence imagines an art house beyond cinephilia that “reflect[s] its core intention, community-based, (and) mission-driven.”[3]

More than just movie theaters, art houses also provide central places for public assembly and community conversation. Over the past three years, Cinemapolis has partnered with more than 50 other local non-profit organizations for special screening events.

For example, the Finger Lakes Independence Center’s celebration of the 25th anniversary of the Americans with Disabilities Act featured screenings of the documentaries like Lives Worth Living and Fixed: The Science/Fiction of Human Enhancement.

As part of a year-long exhibit on Robert Moog, The History Center in Tompkins County partnered with Cinemapolis to screen a series of synth-based films such as Han Fjellestad’s documentary, MOOG.

Confronting a regional opioid epidemic, the Alcohol and Drug Council of Tompkins County hosted a screening of director Bess O’Brien’s exploration of addiction and recovery in Vermont, The Hungry Heart.

All screenings were followed by talkback sessions with representatives of the organizations, deepening engagement with both the subject matter and our cinema.

This intensified focus on local decision-making and responsiveness to community needs differentiates nonprofit art houses from the tentpole, boom and bust model of mall-based commercial megaplexes.

As they transform individualistic cinephilia into community-based cinema, art houses have transitioned into a central meeting point for communities to engage with film, social issues, and ideas. They reimagine cinema not as a dead art form, but as a new hybrid entity that combines the complexities of auteurist cinematic art with the power of communities and place.