Resistance and Displacement in Contemporary Brazilian Cinema by Rodrigo Brandao 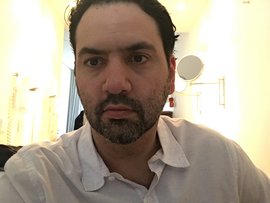 Rodrigo Brandão is the VP of Marketing and PR at Kino Lorber and the founder of Cinema Slate, a distributor specialized in Latin American cinema. He studied Film and Art History at Ithaca College and taught workshops on film marketing and distribution for the Tribeca Film Institute in São Paulo, the Brazilian Film Festival in Miami, and the Finger Lakes Film Festival, among others. Born and raised in Rio de Janeiro, Brazil, Brandão now lives in Queens, NY.

If one could already look back at 2016 with some historical perspective, the election of Donald Trump in the U.S. and the impeachment of Brazilian President Dilma Rousseff would read as a prelude to a troubling 2017.

While these two executive changes have effectively handed the state apparatus to these countries’ elites, what lies ahead is an unprecedented blitzkrieg on labor protections, more austerity measures, and the further transference of neoliberal ideals to the cultural and sociopolitical spheres of our societies.

In a prologue flashback set in 1980, a carefree Clara is at a beach in the northeastern city of Recife, listening to Queen’s “Another One Bites the Dust” and enjoying a moment of pure idleness.

In the following scene, Clara arrives at her aunt Lucia’s (Thaia Perez) apartment just as the family celebrates her birthday. After Lucia’s young niece gives a moving speech about her aunt, Mendonça Filho diverts our attention to a wooden dresser, taking his audience to a day further back in time when Lucia was making love to her husband. Here, past and present co-exist through our memories and the materiality of our endurance.

When Aquarius jumps to contemporary times, the wooden dresser is still where it always was. But now Clara lives alone in that large apartment, near a beach occupied by joggers and a much larger community. She appears content; this is her home.

Clearly, Mendonça Filho is interested in connecting the dots between affective memories and the materiality of culture, places, lives. Right from the beginning, the film grounds history with pleasure and subjectivity, filling narrative gaps with traces of sensations and matter.

So when the charming, US-educated Diego (Humberto Carrão) knocks on Clara’s door with an offer to buy her apartment, we are not surprised to see her turning him down. With the silkiness of a pyramid scheme salesman, Diego praises Clara’s good taste and tries to convince her to move to a “safer” neighborhood. His plan is to build a “New Aquarius” where the old one now stands – except that Clara is still there, standing tall.

That scene marks the moment where Aquarius (the building) is on the verge of becoming a page in a coffee table book. And at that moment, the film’s central conflict becomes clear: Diego’s vision of the future versus Clara’s material connections to a place she calls home.

Like cancer, neoliberal capital invades our spaces, splits communities, and breaks our sense of solidarity. Yet, Aquarius also suggests that attachment to our historical spaces and personal memories can ignite resistance to these imposed transformations. Ultimately, the film is asking a crucial question: what kind of humanity is possible when one is not allowed a subjective relationship with world? In Aquarius, what is at stake isn't just gentrification, but humanity as comprised of historical beings.

Tackling real estate speculation head-on, Vinagre based this fictional documentary on his own experiences coming back to the neighborhood of Jardim Alvorada in São Paulo – after a long period living in Cuba. In this film, New Dubai is a mangled, mutilated neighborhood crammed with high-end housing and corporate skyscrapers. Years before, it was also the home of the film’s main characters (Vinagre and Bruno D'Ugo).

Gustavo and Bruno also enjoy the company of an ex-gymnast, who recites old poems and talks openly about previous suicide attempts. Another friend of the director talks about his favorite 1990s horror films in front of construction sites, another attempt to bring back the poetic and the personal to a landscape already erased and deprived of history.

As these characters invade private properties and crisscross between abandoned and commodified spaces, their desire for reclaiming a personal relationship to their city gets fully realized. Because if in Aquarius, Clara was a ballast in a whirlwind of destabilizing forces, the virtually of online dating and desire itself function as community in New Dubai.

In the film’s closing scene, Bruno and Gustavo help their friend hang himself from a tree in a forlorn green space -- an island in the middle of an ugly concrete neighborhood. This closing image is in dialogue with other 1980s and 90s Hollywood films (e.g. Thelma & Louise [1991], Alien 3 [1992]) where female heroines commit suicide to expose an unjust system. Here, we are left with the hope that we might have better options than that.