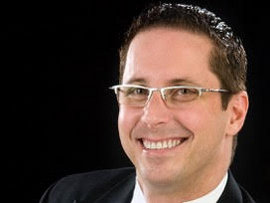 Jairo Geronymo is a Brazilian pianist and educator currently living in Germany. He has taught piano at Pacific Lutheran University (Washington State), Western Washington University ,and Ithaca College. He is currently at the Leo Kestenberg Musikschule in Berlin. A winner of many competitions in Brazil and the United States, he performs as a recitalist, chamber musician, and orchestral soloist with numerous orchestras and ensembles, including the Sao Paulo State Symphony, Brazilian Symphony, Northwest Sinfonietta and Eastside Symphony in Seattle.  He is a long-time FLEFF collaborator.

In the first half of the 1800s, the average person knew the names of Ludwig van Beethoven (Germany) and Gioachino Rossini (Italy), the most famous composers of the period.

Today the average person knows Beethoven only through two musical events: the four opening notes of his Fifth Symphony and “Ode to Joy,” excerpted from his Ninth Symphony and could most likely not identify any Rossini operas.

Who would the average person name as today’s most well-known living composer?  John Williams? Taylor Swift? Could anyone beyond professional musicians name our most famous contemporary composers?

The music of Johannes Brahms (Germany), Wolfgang Amadeus Mozart (Austria), and Antonio Vivaldi (Italy) survived for centuries.  Will any contemporary classical music enjoy that longevity? As professional musicians, we joke that in the early 20th century, the public divorced erudite music, a more complex style of composition, in favor of popular music’s characteristic three guitar chords.

I deliberately offer the metaphor of a divorce between the public and erudite music to suggest the break involved. Why did engagement with classical music decline?

Wagner’s compositional strategies played with fire.  He left us struggling in a swirling sea of sound without any way to find the shores of a tonal home.

In the 20thcentury, erudite music exploded into different styles, abandoning the safety of tonal shores.

Part of the Second Viennese School, Arnold Schoenberg (Austria), Anton Webern (Austria), and Alban Berg (Austria) deployed atonalism, a musical system in which notes in a scale have no hierarchy. They deployed dissonance to disrupt the tonal home, rejecting the sense of musical arrival. These tactics assault our aural instincts that are engineered to swoon with certain sound waves.[1]

However, for the last century, a backlash against complex, challenging music has emerged.  The rise of Minimalism and Neotonalism, the increased use of folk or borrowed musical phrases, and the 1990s Gregorian Chant craze exemplify this backlash.

Cultural rejection of musical complexities has a long history. For example, late Baroque composer Johann Sebastian Bach was viewed as overly complex. As a result, the classical period which followed prized melodical and textural simplicity.

Many composers have returned to tonality. Will their music outlast the atonalism of Schoenberg? Will orchestras perform this music more frequently to entice their season subscribers?

Contemporary composers such as Astor Piazzolla (Argentina) and Arvo Pärt (Estonia) have offered an accessible path into tonality to enormous public acclaim.  High demand by orchestras worldwide has led to exorbitant licensing prices for Piazzolla’s music. Pärt’s music has been highly praised for its sad solace.[2] However, its ubiquitous presence has been critiqued as excessive.[3]

Does the rejection of atonality and dense musical complexity explain Piazzola and Pärt’s audience popularity?  Can contemporary music please both the public and the musical cognoscenti?

Economics might provide the answer.  Financing impacts programming.  In Europe, per capita national arts subsidies far exceed US government support for the arts.

In the US, established opera houses and local symphony orchestras must carefully calibrate their programming to avoid alienating audiences.

In contrast, Germany, with about a quarter of the population, has more than 80 opera houses with paid ensembles.

Small German opera companies outside major urban areas must build programs carefully in order to maintain their subsidies, which hinge on attendance. The difference is that rather than trying to please a mainstream audience, these companies cater to a small elite who will travel to see a rarely produced opera. For example, this year, in Neustrelitz, (population 20,500) the Opera Theater is presenting Charles Gounod’s rarely performed opera Margarethe[4] to a select group of aficionados.

Have government subsidies in Europe created a false environment by supporting this music?  Or on the other hand, does this funding serve as the guardian of important music from earlier centuries?

Does erudite music--compositions of complexity and depth that sometimes recycle popular culture melodic strategies--have a future?

Because it depended on the public, classical music often integrated folk themes. For example, Mozart created masterpieces enjoyed by both the elite and the uncultivated, delivering an action-packed entertainment extravaganza blending comedy and special effects.

In Berlin, I know accomplished musicians who play in contemporary ensembles. Behind closed doors, they reveal that 90% of the new music they premiere is never played again.

As we now see in England (Brexit), France (Marine Le Pen), and across Europe, neo-nationalism is rising. Will this give rise to new attacks on challenging music?

Will erudite music be forced to court the public again?

As a musician who performs a range of different musical styles for different kinds of audiences, I hope not.  The marriage between music and its publics needs to BE based on mutual love.

As in politics, pluralism in music produces a healthy, dynamic ecosystem.

For the musical legacies of this century to meet the achievements of past centuries, they must intertwine two strategies in the way that a good marriage creates an alliance between two different people.  A vigorous embrace of multiculturalism combined with a deep understanding of what music means to each of us may offer the only sustainable way forward.