The Queer Failure of Success by Tim McCaskell 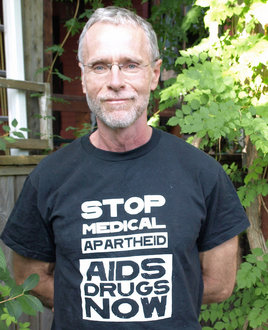 Tim McCaskell is a long-time Toronto writer, activist, and educator. His 2005 book, Race to Equity: Disrupting Educational Inequality, focuses on the struggle for equity in Toronto public schools. In 2016 he published Queer Progress: From Homophobia to Homonationalism, a history of LGBT organizing in Toronto. His video workshop, Neoliberalism as Water Balloon, has had over 50,000 hits on Vimeo and Youtube, and has been translated into Turkish and Chinese.

BLMTO is a largely queer and trans collective whose mission is focused on racism.[1] BLMTO has focused on opposing carding and police shootings of young black men. Their website demands concrete police reform and accountability.

Through demonstrations, road blockages, press releases, social media, and a two-week-long occupation of the main entrance to Police Headquarters, this group has challenged Toronto’s smug self-image of benign multiculturalism that sees racism, especially police racism, as an American issue.

So the choice of BLMTO to lead the Pride parade was an audacious move by Pride Toronto to reinject politics into the ever more corporatized celebration.

Things did not go as expected.

Halfway along the route, a BLMTO sit-in brought the parade to a halt until the Executive Director and the Co-Chair of Pride Toronto agreed to a list of demands to better include and support queer and trans people of color in the celebrations and, most controversially, to remove police floats from the parade.

There was immediate blow-back with a flood of letters to the media denouncing BLMTO’s so-called hijacking of the parade, and Pride for inviting them in the first place. Subsequently, the Pride Executive Director appeared to backtrack on his commitment before resigning shortly afterward.

My first pride in Toronto was my coming out in 1974 when, stomach in a knot, I picked up a sign and marched off with 50 others toward the provincial parliament buildings to demand the inclusion of sexual orientation in the Human Rights Code.

In such a small crowd I was immediately recognized as a new face, taken home, had sex with, was given a stack of gay liberation literature, and told to come back when I finished reading.

It was my entry into a small group of committed activists who were making gay liberation, as it was then called, the center of our lives. We were young, (in our twenties) mostly male, and all white. (Thanks to a century of racist immigration laws, Toronto was 96% white at the time).  Nonetheless, we were inspired by the black, women’s, and national liberation movements then shaking the world.

Our movement was sustained by Canada’s Keynesian welfare state.

We were mostly from working class backgrounds and the first in our families to enter post-secondary education, thanks to government programs that made university education almost free.

We cycled off and on easily accessible unemployment insurance to do movement work. We risked our jobs and our homes by coming out when firing or evicting someone for being gay was perfectly legal because we felt secure with public pensions and health care. We didn’t worry about the future because the future was going to be better.

We spoke to (and for) a community that, although in the closet, was much like us. It was a time when 66% of the city’s population lived in middle income areas, with stable working class jobs offering males a family wage that allowed most to own their own homes.

For gay men, that wage meant that most of us were pretty much in the same boat. We had some disposable income, went to the same bars and baths, worried about getting hassled by the same cops, and were at risk of similar kinds of discrimination and harassment.

Lesbians, who had neither equal wages nor the support of a male breadwinner, and who often supported children, were in a different position. They had different issues. Not surprisingly, the main political fault lines were between gay men and lesbians. We experienced the world in different ways and drew different conclusions.

Today, our fight for rights, launched in a Keynesian world nearly half a century ago, has run its course. In Canada, equal rights have largely been won.

But simultaneously, neoliberalism has pretty much dismantled the welfare state. Social assistance benefits are now well below the poverty line, more people use food banks, and over half the city’s population lives in below-average income areas and experiences precarious employment. Unemployment insurance is difficult to get. University is expensive.

With half Toronto’s population now non-white, the new poverty is highly racialized. It has also shifted from the inner city, now rapidly gentrifying, to outer suburbs with a weaker social and transportation infrastructure. Our world may be more legally equal, but it is more economically unequal.

This growing disparity is reflected in LGBT communities. When Pride gathers all our tribes once a year, people now find they have less in common.

As economic disparity deepens, our political fault lines are less about gender and more about racial and class distinctions.

We have very different relationships to the state.

With sexual orientation no longer a barrier to full citizenship, for those bearing no other markers targeting them for marginalization, the fight is over. The state is their ally. Pride is a celebration. The police protect them and their property. Their presence at Pride signals progress.

For the rest, the state is the welfare worker who cuts off social assistance, the immigration officer who deports, the legal system that incarcerates, the police who harass–and the cop who shoots. For racialized queer and trans youth from the suburbs, having uniformed police contingents marching military style in their midst makes Pride feel threatening.

The consequences of economic and racial disparity strain the glue of sexual orientation that once held our community together.

More ominously, interconnected economic, environmental, social, and political crises now threaten the (neo)liberal order that acquiesced to gay rights. The fracturing neoliberal world of the new century calls for new affinities, notions of community, and political goals. An adequate queer politics has yet to emerge.

[1] "BLM – TO." BLM TO. Accessed December 07, 2016. https://blacklivesmatter.ca/about/. Their mission statement is “To forge critical connections and to work in solidarity with black communities, black-centric networks, solidarity movements, and allies in order to dismantle all forms of state-sanctioned oppression, violence, and brutality committed against African, Caribbean, and Black cis, queer, trans, and disabled populations in Toronto.”