The Ithaca College Department of Theatre Arts has a rich history of graduating alumni who have achieved great success in their careers. Here is an abbreviated list of some of those alumni.

Are you an alumnus? We would love to hear from you! If you are an alumnus and would be willing to let us list your accomplishments, please let us know by filling out the form found here and we will include it.

Kate Hamill '05 garnering great reviews for her adaptation of Jane Austen's Sense & Sensibility. The Wall Street Journal says, "It is by far the smartest Jane Austen adaptation to come along since Amy Heckerling's Clueless, and at least as much fun!"

Jennifer Hall '99 Performer; The Wild Party on Broadway, ABC's All My Children and Private Practice, the film Confessions of a Dangerous Mind, HBO's Unscripted, NBC's Up All Night.

Kerry Butler '92 Performer; featured on Broadway as Audrey in Little Shop of Horrors, Xanadu (Tony Nomination), also featured in Disaster, Hairspray, Blood Brothers, Les Miserables, and as Belle in Beauty and the Beast; appeared off-Broadway in Bat Boy and The Call.

Joe Calarco '92 Playwright and director; Shakespeare’s R&J off-Broadway; director for A Midsummer Night's Dream at the Shakespeare Theatre and In the Absence of Spring at Second Stage, two-time winner of the Helen Hayes Award for best director.

Caroleen Feeney '86 Film Producer: Secrets of the Tribe, No Impact Man, How to Fold a Flag, Flow, Anita O’Day: The Life of a Jazz Singer. Film Performer: Happy Hour, Duane Incarnate, In the Weeds, Bad Manners, Escape from L.A., Denise Calls Up.

Daniel McDonald '82 Performer; nominated for a Tony Award as Bill Kelly in Steel Pier, appeared in High Society on Broadway.

Tony Meola '76 Sound designer; winner of a Drama Desk Award for sound design for The Lion King; Broadway shows include Wicked, The Wild Party, Sweet Smell of Success, Footloose, Moon over Buffalo, The King and I, A Funny Thing Happened on the Way to the Forum, and She Loves Me

Paul Gallo '74 Lighting designer; Broadway: Man of La Mancha, Civil War, Titanic, The Tempest, Big, The Rocky Horror Show, and A Funny Thing Happened on the Way to the Forum, as well as the Tony Award winners Crazy for You and the revival of Guys and Dolls; nominated for a Tony Award for lighting design for 42nd Street and The Crucible.

Tim Jerome '65 Broadway Performer and singer; productions include Tarzan, Phantom of the Opera, Cats, Man of La Mancha, Me and My Girl, Grand Hotel, Beauty and the Beast, and La Boheme. 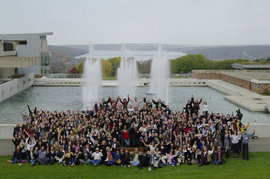 Read all about it! Ithaca College Alumni on Broadway 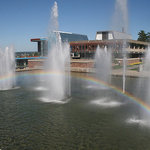