For many young filmmakers, Sundance Film Festival symbolizes success in their field. Even just attending the festival give an emerging artist a boost. Documentary filmmaker and 2015 Ithaca College alumna Leah Galant got that and more at the 2017 festival, which she attended as one of the Sundance Institute’s Ignite fellows. 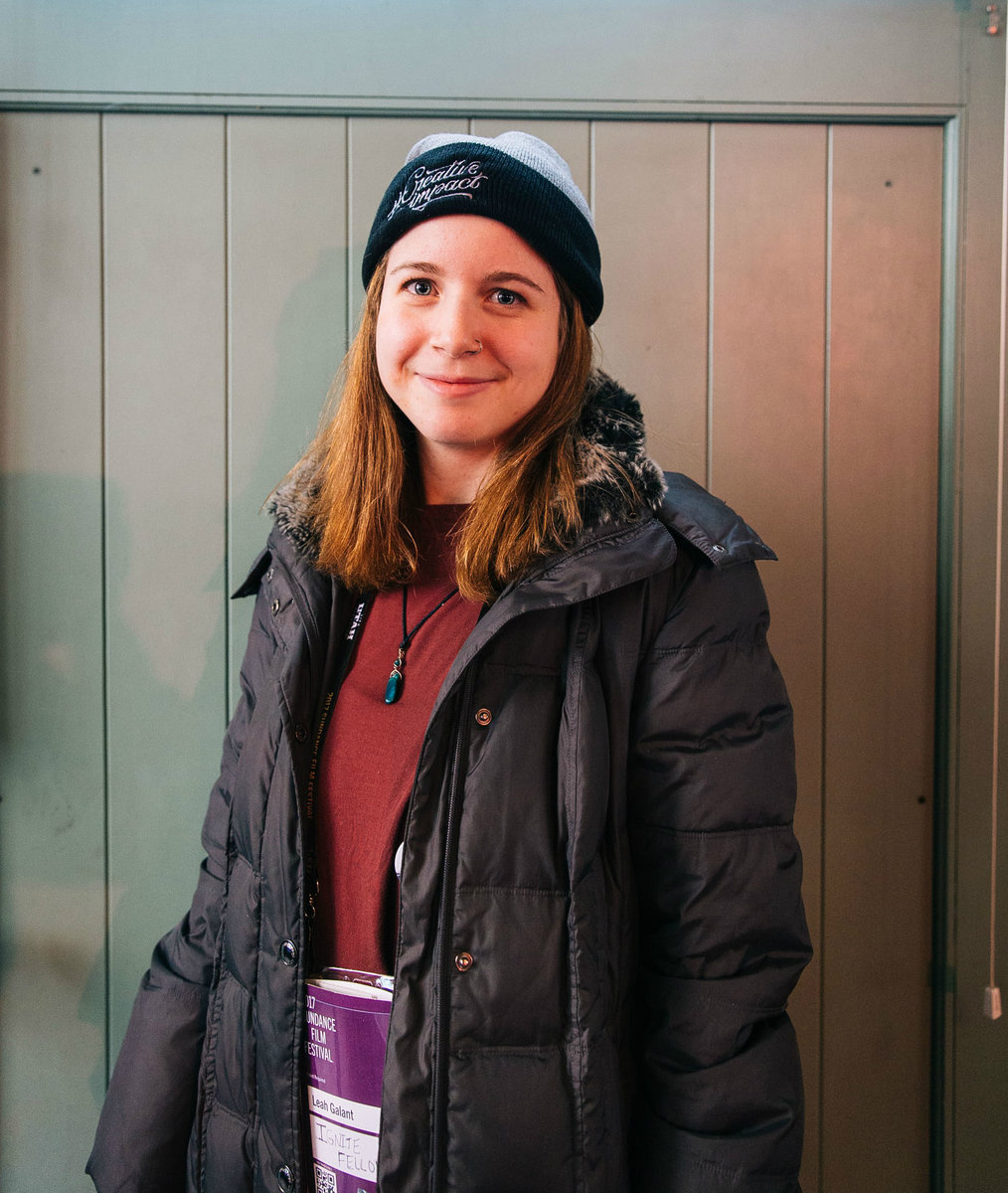 
The Sundance Ignite program provides 15 fellows aged 18-24 with an exclusive ticket package to attend the Sundance Film Festival, as well as a yearlong Sundance Institute experience “designed to provide artistic and professional development, mentorship, and industry exposure for emerging filmmakers.”

“I’m really exciting to be a part of a support system that can help me navigate this tricky life after graduation,” said Galant, who majored in documentary studies and production at Ithaca College. “I’m excited to be a part of this larger community that really wants me to succeed and continue making projects.”

Galant began her Ignite experience at the 2017 Sundance Film Festival in Park City, Utah. From Jan. 19-29, she attended film screenings and panel discussions on topics such as film distribution and using film for social responsibility. She and the other fellows also sat for intimate chats with directors following some of the screenings. One of the filmmakers Galant was able to speak with was Academy-Award-winner Barbara Kopple, director of films including “Havoc,” “Harlan County U.S.A.” and “American Dream.” Galant described the opportunity to meet with such influential filmmakers as “surreal” and “incredible.”

Galant also met her mentor, “Chasing Ice” director Jeff Orlowski, for the first time at Sundance. Over the next year, Orlowski will help Galant set and meet goals and provide her with guidance, support and advice. Galant expects that he’ll help her move forward with two documentary projects she is currently working on.

“As a young filmmaker and especially as a woman filmmaker, that’s so reassuring and incredible that I can refer to him for support,” said Galant. “Having that mentorship is going to mean the world to me.”

At Sundance, Galant was able to observe Orlowski at work, as he screened his new film “Chasing Coral.” The environmental documentary won the festival’s audience award for U.S. documentaries, and was Galant’s favorite. “The way he filmed was like something I’d never seen before,” she said. “He humanized coral reefs.”

The remainder of the Ignite program will be tailored to Galant’s individual needs as a documentary filmmaker. She’ll have opportunities to attend other film festivals, apply for internships and jobs, and participate in filmmaking labs at the Sundance Institute.

The Ignite fellowship will help Galant advance her career in filmmaking while balancing the other priorities facing any young college graduate, like paying bills. She is interested in expanding her range as an artist by working on all aspects of documentary production and perhaps venturing into other mediums. 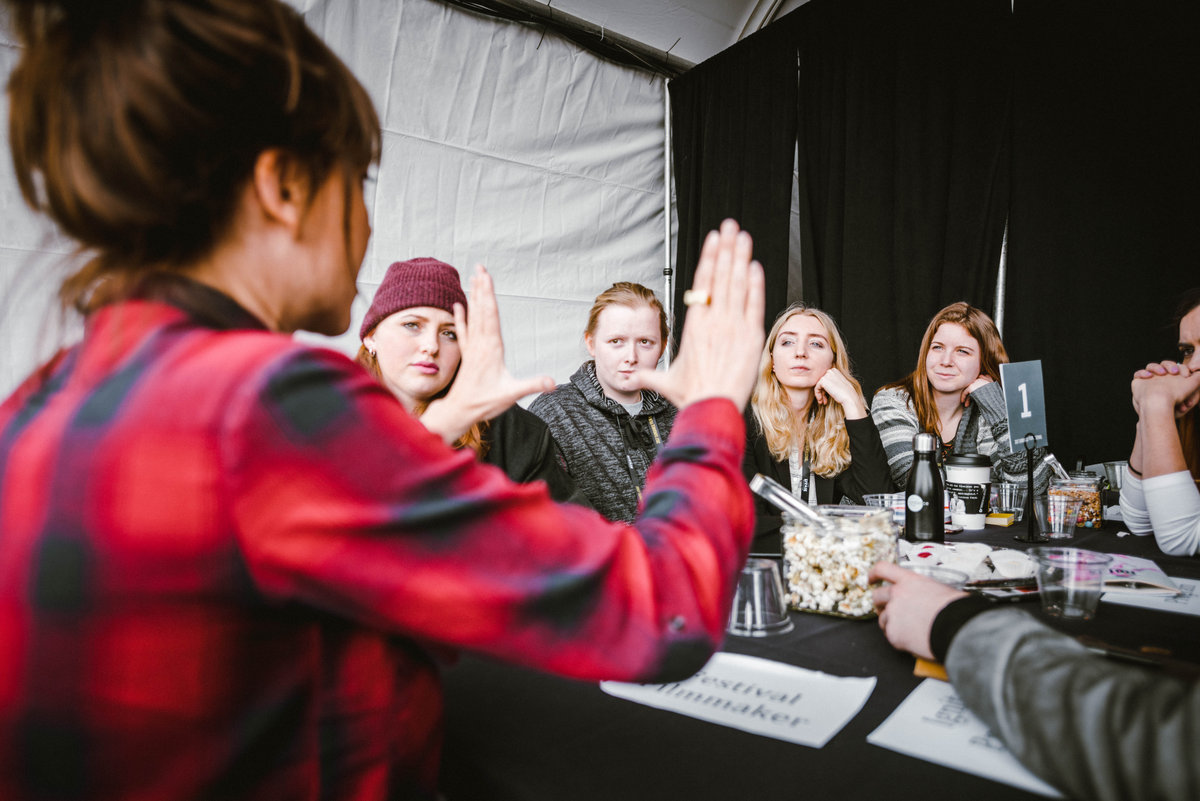 Leah Galant and other Ignite fellows meet with filmmaker Alethea Jones at Sundance. (Photo by Andrea Gutierrez and courtesy of Adobe Project 1324)


“I want to continue doing this as long as I can,” said Galant. “The trick right now is balancing that with being financially stable and independent.”

When she began her studies at the Roy H. Park School of Communications at Ithaca College, Galant was pursuing a B.F.A. in film, photography and visual arts. She loved those classes, but after taking a sociology course with Associate Professor Belisa Gonzalez, she decided she wanted to use filmmaking for change and switched her major to documentary studies. Galant immersed herself in a variety of courses at the Park School, from journalism to cinematography, and learned different aspects of production.

She took a minor in sociology in order to expand her knowledge beyond filmmaking. “To be able to know about what’s going on in the world was really important to me, so I’m grateful that I was able to take courses outside of the Park School in conjunction with honing my media skills,” she said.

For her capstone course, Galant and several other students made “The Provider,” a documentary that explored the conflicting abortion sentiments in the state of Texas and diminishing resources available to women seeking abortions in the United States. The film won best documentary at the National Film Festival for Talented Youth, the world’s largest youth film festival, and took home third place at the College Television Awards.

“That experience really solidified that this was what I want to do for the rest of my life,” said Galant.

She is still working with that group on a documentary series about the last abortion clinics in the U.S.

Galant is also working on a documentary about the friendship between two Holocaust survivors — a project she started while at Ithaca College. It is now the focus of her work as the inaugural Sally Burns Shenkman Women’s Filmmaker Fellow at the Jacob Burns Film Center in Pleasantville, N.Y. As part of that fellowship, Galant works as a teacher for the Center.

Watch the short film Galant submitted to be an Ignite fellow: 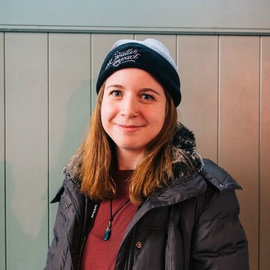