Little did Steven Van Slyke ’78 know when he walked into Kodak to begin his first job after graduating from Ithaca College that his first assignment would become his life’s work.

In the months before his arrival, a Kodak scientist had discovered that applying voltage to an experimental organic solar cell caused it to emit light. While unclear what Kodak could do with the discovery, management decided to investigate further. That’s why they hired Van Slyke.

Nearly 40 years later, technology based on that phenomenon is used for the displays of more than half the 1 billion smartphones manufactured annually. And organic light-emitting diodes (OLEDs), as the technology is known, have an even brighter future, promising to enable curved and folding smartphones, better quality television screens than today’s liquid crystal displays (LCD), more pleasing room lighting, and brilliant fashion statements via OLED clothing.

Van Slyke and his former Kodak boss and lab partner, Ching Wan Tang made all of this possible with their invention of the multi-layered, thin-film structure that underlies every OLED development to date. For that invention—and a few decades of OLED innovation—Van Slyke will be inducted into the National Inventors Hall of Fame on May 3 in a ceremony at the Hall’s location in the United States Patent and Trademark Office Headquarters in Alexandria, Virginia. Fittingly, Tang and Van Slyke will be inducted together.

Growing up, Van Slyke didn’t show signs of being a Hall-of-Fame-inventor. He only began applying himself to schoolwork in his last two years of high school—to be sure he could get into college, he said—and the “must-have” in his college search was a lacrosse team, a sport Van Slyke excelled at in high school.

Indeed, he was a two-year starter on IC’s squad, before quitting to focus on getting the grades he’d need for graduate school. He gravitated to a chemistry major, in part because he liked the faculty’s youthful energy. He subsequently spent two summers working with them on solar energy in the Ithaca College lab under William Bergmark.

“I have great memories of the work and the summers spent in Ithaca, bicycling up and down the hills and making good friendships with classmates and professors, including Glenn Vogel and Jim MacNeill,” Van Slyke said. “And I got a fantastic chemistry education.”

After graduation, he was a week away from beginning his Ph.D. studies when he decided he’d “had enough of school,” he said. He called Bergmark for employment recommendations. Kodak topped the list.

For his first 15 years at Kodak, Van Slyke explored the fundamental science of electroluminescence. His joint paper with Tang describing this work, “Organic Electroluminescent Diodes,” has more citations than any paper in the field—15,000 as of 2017. 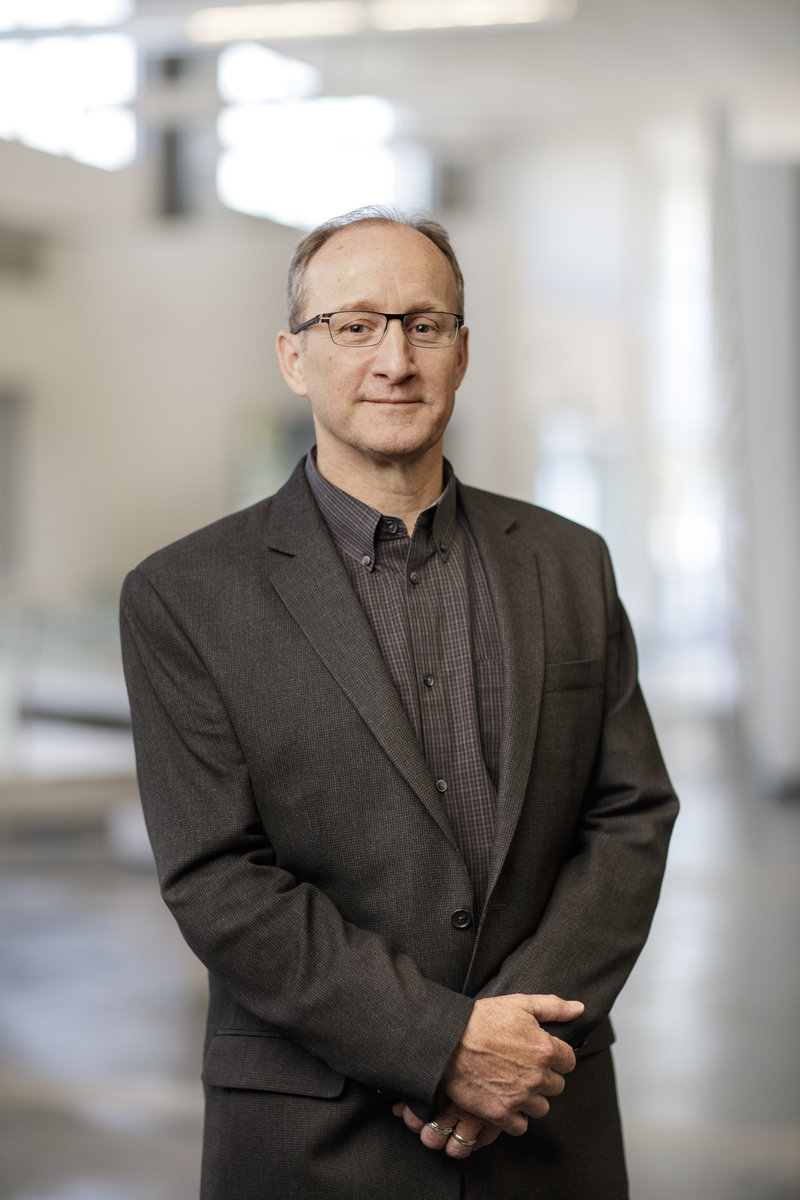 
In the mid 1990s, Van Slyke’s focus shifted to process engineering, scaling the technology for manufacturing, and working with Asian companies interested in commercializing it. He facilitated technology licensing to Pioneer for the first commercial OLED application, a monochrome car audio display, in 1996. And he helped arrange a joint venture with Sanyo to manufacture the world’s first commercial full-color OLED display for the Kodak EasyShare LS633 digital camera in 2003.

Reflecting on his career, he said, “I loved the technology as soon as I started working with it. There were always challenges, but we were always making advances. And everything we did was new and promising.”

Indeed, from a faint glimmer of light in the lab, Van Slyke and his partner developed and shepherded to market a technology that promises to transform our culture’s communication devices and indoor lighting systems. That’s quite a legacy—and the best may be yet to come.

To read more about Steve Van Slyke’s invention and his induction into the National Inventors Hall of Fame, visit: www.invent.org/honor/inductees/.