The campus community was invited to a pair of presentations on Tuesday, April 25 that highlighted the results of the campus climate survey that was open last fall.

The survey was offered to all current students, faculty, and staff at IC. Its aim: to measure how those groups perceive the academic, social, and professional environments of the college. Tuesday’s session served to showcase areas of strength within the campus climate, as well as areas that can be improved upon. 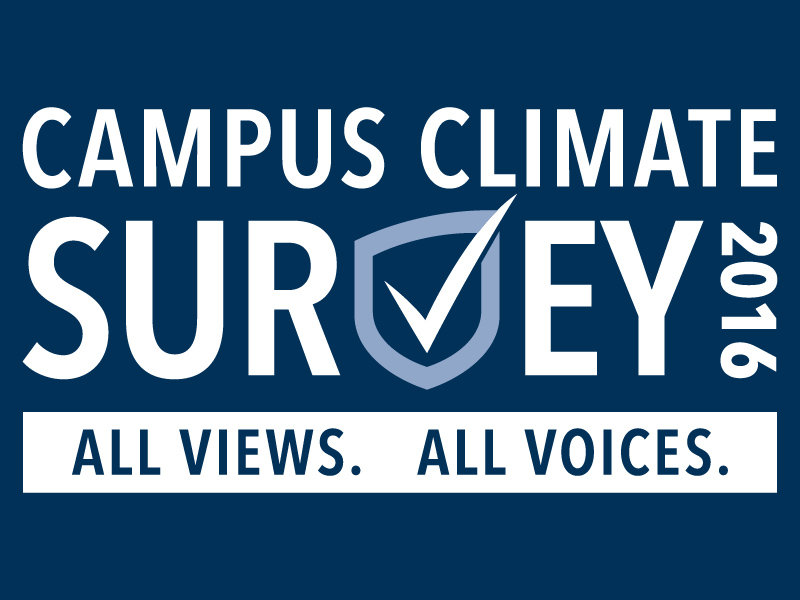 “This study is so incredibly valuable to the college and our incoming leadership,” Linda Petrosino, the provost and vice president of educational affairs, said. “It contains the voices of our students, faculty, and staff and helps us clearly identify areas of concern and improvement for our community.”

The survey was created and conducted by an independent facilitator, Rankin & Associates Consulting. This firm was also responsible for independently analyzing and presenting the results. The Climate Study Working Group, made up of members of the IC community, worked with the firm to tailor the study for Ithaca College.

During Tuesday's presentations, Sue Rankin highlighted the results but also spurred thought and conversation among the attendees, encouraging them—at times passionately—to confront issues directly, acknowledge others' lived experiences, and to think about next steps to move the campus forward.

The survey was completed by 46 percent of the campus community— 3,823 people. Representatives from Rankin & Associates said it was the highest rate of participation among the 19 other higher education institutions they surveyed this past fall.

"We were thrilled that so many took the survey. That level of engagement is important, but it will also be vital as we move forward," he said. "The work is not done. It's just beginning."

Belisa Gonzalez, director of the Center for the Study of Culture, Race, and Ethnicity, and a member of the working group, said the extensive data gathered through the survey took the intervening months for Rankin & Associates to process fully. There was such a high response rate, in fact, that the original date for the presentation of results was set for May 5.

"I really pushed, and other folks agreed, that we at least needed to have the presentations the week before the end of classes, which is the earliest they said they could do it,” Gonzalez said. “And we had to have some way of gathering action steps from the campus community before everyone left for the summer,” she added.

The report Rankin & Associates created identified areas where the college could improve its climate and areas where it was already doing rather well. The full report, an executive summary, and slides from Tuesday's presentations can all be found on the college’s website at Ithaca.edu/campusclimate.

The survey revealed that some members of the campus community—20 percent of the total respondents—had experienced conduct they found to be exclusionary, intimidating, offensive, or hostile, and which limited their ability to work or learn.

Moreover, respondents noted that the majority of those encounters came from members of their peer group; in other words: students-to-students; faculty-to-faculty, and staff-to-staff.

It's perhaps no surprise that among those who reported not feeling comfortable at IC, a sense of not belonging ranked highly. Not feeling like you fit in—or trying hard to fit in—can impact everything from academic success to enrollment at the college. Such feelings can also be critical for first-year students, especially within the first six weeks of their first semester.

However, the majority of survey respondents did not report the unwanted sexual experience to official channels. That doesn't surprise Tiffani Ziemann, the Title IX coordinator at IC, who said the results of the survey, while disappointing, seem to reflect national averages.

In her position, Ziemann oversees the processes and policies that pertain to sexual assault and harassment at the college. There are a number of reasons that sexual misconduct goes unreported, she said, including the victim downplaying what happened, fear they won't be taken seriously or will be shamed, fear of retaliation in some capacity, or concern that once an incident is reported they no longer have control over what happens next.

"It's really important to know that the college is working on initiatives to try and reduce those barriers," Ziemann said. These include new training and educational programs for students, faculty, and staff; and a review of current polices through the lens of groups that typically underreport in hopes of making those policies more inclusive.

"I think sometimes students don't see themselves as protected in policy, even though they are," Ziemann said.

The report also outlined that 49 percent of faculty who responded, and 57 percent of staff who responded, had given serious consideration to leaving the college in the prior year. Some indicated finances were the main motivator behind the idea, while others cited limited opportunities for advancement.

Under Brian Dickens, the new vice president of Human Resources who joined the college last summer, HR has proactively begun to address many of these concerns. Among those efforts are the implementation of a strategic staffing agenda that includes an upcoming review of compensation for staff positions meant to make the college more competitive in its hiring. Dickens also plans a project to create internal pathways for succession—in other words, career ladders for internal promotion.

Rankin noted that despite the challenges they faced, the survey results confirm the main job of the college was being fulfilled. “Students, despite what they’re experiencing, tell us they’re learning. That’s very important," she said.

However, the results did indicate that students’ racial and/or sexual identity, disability status, family income, and citizenship status all played a hand in their perceived academic success. This was especially true for those that identified as people of color and/or multiracial, who harbored lower perceptions of their success than those who identified as white.

For Elijah Green, a junior economics major who was a member of the campus climate survey working group, the findings not only confirmed much of what he knew about how other students view their success at IC, but also identified things he didn't realize. Green also serves as a student trustee for the college, and has worked as a resident assistant.

He said the data will hold interesting details or patterns about what sort of programs or policies are working or not working, especially for particular segments of the population who responded to the survey with similar experiences.

"Then you have to say it's not just that individual person; it may be that we're not providing enough resources or addressing a problem directly," he said.

Overall, there was a positive sense of the atmosphere on campus: 70 percent said they were “very comfortable” or “comfortable” with the overall climate at IC. Inside classrooms specifically, 83 percent of all students and faculty who took the survey were very comfortable or comfortable in their classes.

Gonzalez said it’s important that so many faculty feel supported. “That means that the campus is doing something right. We do know how to support some people,” she said.

On Thursday, May 4 there will be two forums held in the Taughannock Falls Room in the Campus Center. Richardson stressed that these will be opportunities for members of the campus community to come together face-to-face to discuss possible action items as a result of the survey.

“Taking the results of this study and translating the findings into positive action is critical," he said. “The college must take this opportunity to make important changes, offer different resources, and continue the conversation to make this a place where everyone feels like they can belong and thrive.”

Green echoed that statement, and expressed hope that the campus community would keep up their engagement and continue to be involved now that the data from the survey was in. "Now, taking that information and doing something about it is arguably the most important, and it's the hardest," he said.

Suggestions can also be submitted via a form on the Campus Climate Survey website until June 30. Submissions will be reviewed by the leaders of the Climate Study Working Group composed of IC community members. They hope to identify several suggestions which allow immediate action to be taken. 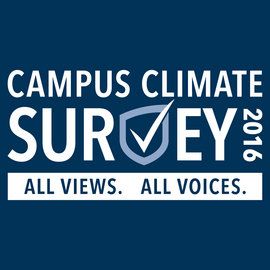