From South Hill to Taughannock Falls, thousands of Ithaca College students experienced some of the best the college and the broader Ithaca community has to offer during the fourth annual First Bomber Weekend, a multiday event that helps to introduce new students to the college and community. 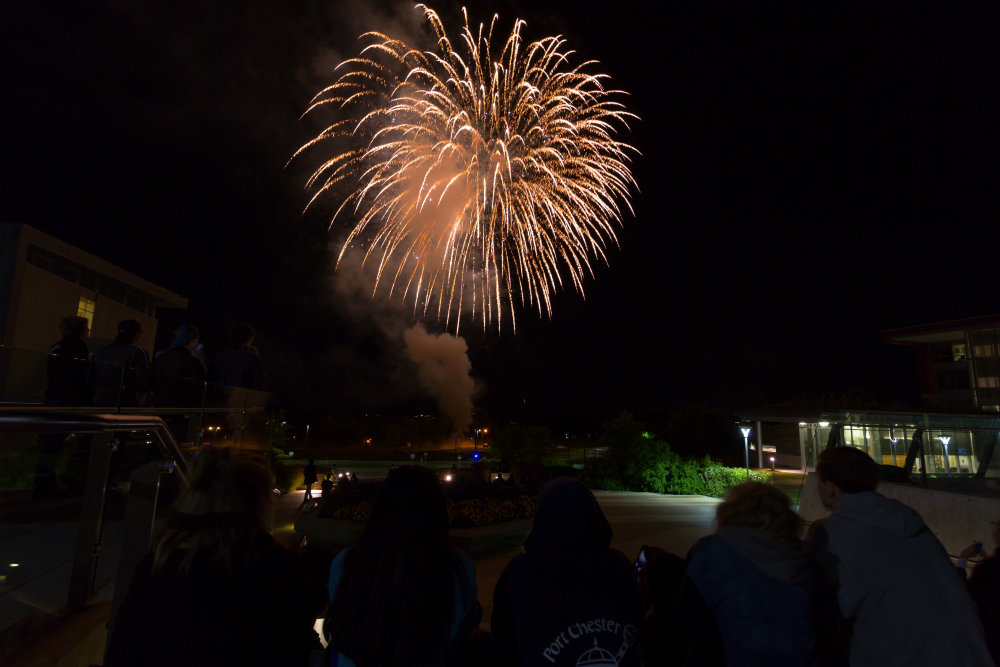 A group of students watch the fireworks during First Bomber Weekend. (Photo by Gio Santacroce)


With the college celebrating the 125th anniversary of its founding, the event’s organizers packed the weekend full with special events and activities from Sept. 1-4.

One of the weekend’s signature events was Fountain Fest, during which new students each received a cup of water to pour into the college’s iconic Dillingham fountains. While pouring from their cups, each student was directed to make a wish for their time at IC.

“My wish for this year is that I leave Ithaca in May counting down the days to my sophomore move-in day,” said Sabrina Rollings, a freshman exploratory major. “People say you know that you've picked the right school when you're desperate to go back, and I'm hopeful that Ithaca makes me feel that way.”

“And I also hope I pass all my classes,” she added.

Fountain Fest also featured performances by IC a capella groups, and was immediately followed by a firework show. 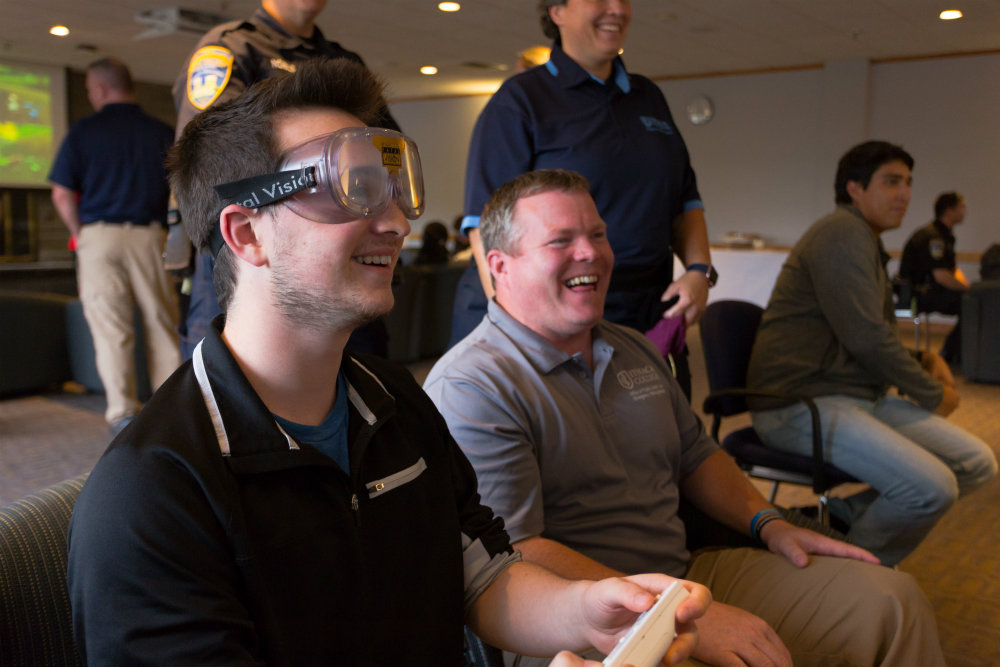 Bill Kerry, director of the Office of Public Safety, joins a student for a game of "Mario Kart." (Photo by Gio Santacroce)


Friday’s events also included the IConnection Carnival, where students could explore the different support services offered by the college. Students also had the opportunity to get to know IC’s public safety officers by playing the video game “Mario Kart” with them.

Jennifer Larios, a freshman majoring in environmental sciences, said that the “Mario Kart” event made the public safety officers, who can sometimes be perceived as intimidating, seem more approachable. “Knowing that they’re here and willing to play with us makes it feel like a nice little community,” she said.

The weekend continued with a trip to the Ithaca Farmer’s Market on Saturday morning. In the evening, students played volleyball and watched “Ferris Bueller’s Day Off.”

Sunday featured a trip to the Commons in downtown Ithaca, where students checked out local shops and restaurants, took part in a “Game of Thrones”-themed scavenger hunt, and enjoyed music and entertainment provided by 91.7 WICB, one of the college’s student radio stations. On campus, students played inner tube water polo at the Athletics and Events Center, followed by a barbecue on the quad. The night finished up with Bomber Trivia in IC Square. 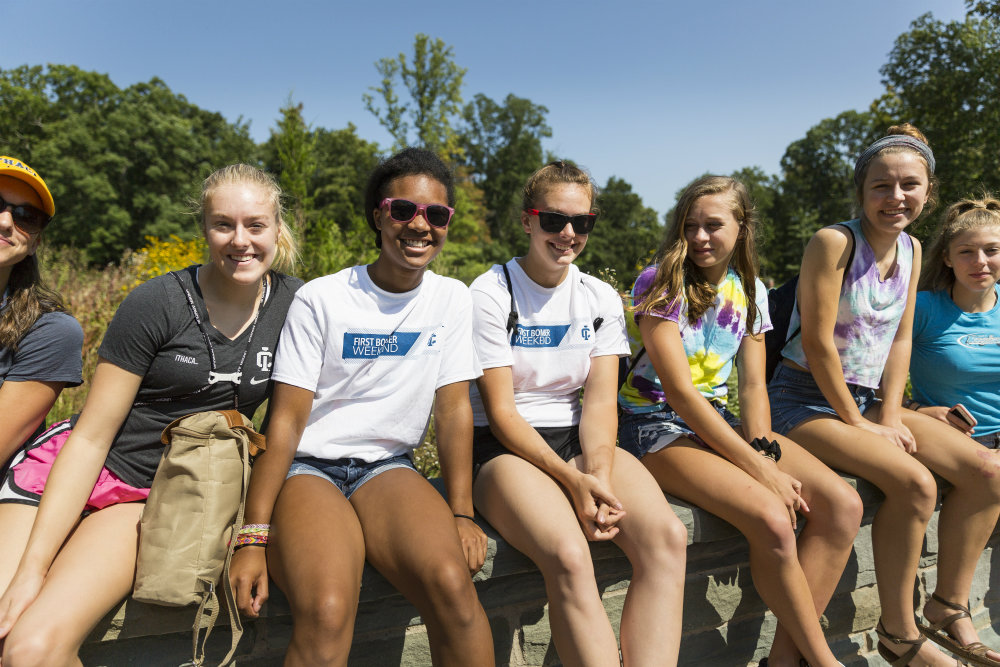 Students pose for a photo during their visit to Taughannock Falls State Park. (Photo by Gary Hodges)


Throughout the weekend, students also partook in morning yoga and rock climbing sessions at the Fitness Center.

Taking advantage of the long Labor Day weekend, students took a trip to Taughannock Falls State Park for a hike and swim on Monday, while an ice cream social was held on campus. Students also celebrated the college’s quasquicentennial by tie dyeing special 125th anniversary T-shirts.

“The fourth annual First Bomber Weekend was a great way to kick off the school year and introduce new students to campus as we celebrate our 125th birthday,” said Lynne Pierce, associate director of alumni relations. “Students had the opportunity to get to know the college and its staff, and really see all that the surrounding community has to offer.”

Breana Cacciotti contributed to this story. 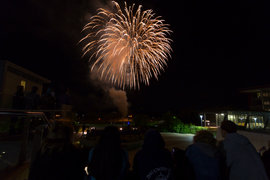