ITHACA, NY — Xuan Chen’s animated video “Out” won the first-place $250 prize in “Trafficked Identities,” a competition of web-based digital art sponsored by Ithaca College’s Finger Lakes Environmental Film Festival (FLEFF) and the Global Alliance Against Traffic in Women (GAATW). “Out,” along with three other works recognized by Sharon Lin Tay and Dale Hudson, the curators of “Trafficked Identities,” will be displayed online at https://www.ithaca.edu/fleff10/traffickedidentities/.

“The exhibition aims to explore the ways in which activist campaigns against human trafficking may avoid glamorizing the victimization of trafficked persons and instead use digital media as a platform to promote the recognition of trafficked persons’ rights, strengths and power,” said Patricia Zimmermann, professor of cinema, photography and media arts and cocurator of FLEFF.

“We consider the question of how campaigns may call attention to gross exploitation while highlighting victims’ resilience and agency,” Hudson added.

“We ask how may the bodies that are smuggled past, or that covertly pass, political checkpoints be represented in ways that educate about the intersection of geopolitical complexities with labor — whether sexual, manual, domestic, forced or voluntary,” noted Tay.

The curators cited “Out” for capturing the geopolitics and structural context that anti-trafficking organizations such as GAATW highlight in their work. The curators wrote: “Its sophisticated animation conveys the harshness of life as a Chinese migrant laborer using themes and symbolisms that facilitate dialogue about human trafficking, labor issues and the possibility of activating changes in the migrant worker’s circumstances.”
The three other works included in the online exhibit are:

Sharon Lin Tay teaches film and digital theory at Middlesex University in London. Currently on sabbatical, she is a visiting associate professor at Singapore’s Nanyang Technological University. Her 2009 book about women filmmakers and digital artists is entitled “Women on the Edge: Twelve Political Film Practices.”

Launched in 1997 as an outreach project from Cornell University’s Center for the Environment at Cornell University, the Finger Lakes Environmental Film Festival was moved permanently to Ithaca College in 2005. It is housed in the Office of the Provost as a program to link intellectual inquiry and debate to larger global issues. For more information on FLEFF, visit www.ithaca.edu/fleff.

An alliance of more than 90 nongovernmental organizations, GAATW is dedicated to defending the rights of trafficked persons and migrants and has issued calls for safety standards for migrant workers in the garment, food-processing and farming industries; and persons trafficked across international borders for the purposes of forced labor and the global sex trade. More information on GAATW is available at http://www.gaatw.org. 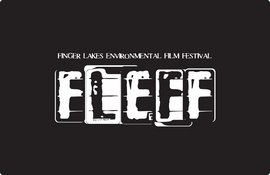