In Focus: The Ithaca College Class of 2020

Sunday brought much needed rain to the region, but soggy conditions couldn’t dampen the excitement of some 1,630 Ithaca College freshmen arriving on campus. The members of the class of 2020 made themselves at home during IC’s annual Move-In Day with help from their families and a squad of volunteers comprised of faculty, staff, and other students. 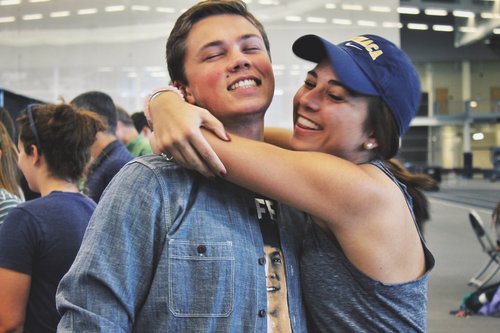 What's the biggest hope for your brother? "That he finds as much success and happiness as I found here." - Jenna Harner '16 about her brother, Tyler Harner '20


As a collective, the newest cohort of students shares many of the same quantitative characteristics as the classes that have come before them. But embedded in those numbers are the qualitative characteristics: each student’s unique background and experiences, as well as their known and yet-to-be discovered passions and curiosities. All of these attributes contribute to the campus community.

The class of 2020 comes to Ithaca from all over the United States and from across the globe.

New York State has the highest representation at 42 percent overall, with students coming from 56 of its 62 counties. The top three counties are: Westchester County, just north of New York City; Suffolk County on eastern Long Island; and Monroe County, on the southern shore of Lake Ontario.

New Jersey, Massachusetts, Pennsylvania and Connecticut round out the top five states represented in the freshman class. A total of 40 states plus Washington, D.C. are represented, with students coming from all along the East Coast and as far west as California and Oregon. 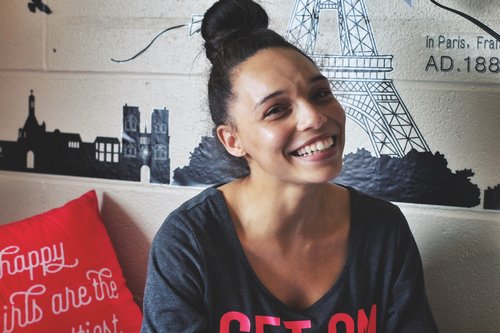 What are you most excited about at IC? "I'm excited to meet new people and take cool classes but I'm sad to leave my mom." - Jasmine Greece '20


“Ithaca College has earned a strong reputation throughout the Northeast. This is certainly represented in the success and commitment of our students and alumni, but it’s also evidenced in our consistently being named in top college rankings,” Gerard Turbide, vice president of enrollment management, said. For example, the U.S. News and World Report ranking for 2016 placed IC in the top 10 of 138 colleges and universities of its kind in the North.

Eric Weinhold, associate director of international recruitment in the Office of Admission, said “Students with an international background are attracted to IC because of our reputation; wide range of academic programs; research, internship, and fieldwork opportunities; and rich extracurricular life.” 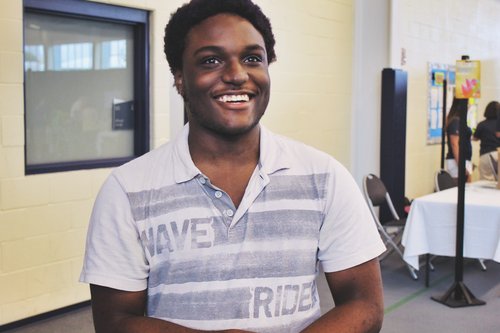 What are you going to miss most about home? "My bed. My bed at home is really big so I'm going to have to get used to the smaller beds." - Javay Fraizer '20


He added that IC’s size is also appealing for these students, who come from such diverse and varying backgrounds. He noted that they “provide valuable perspectives and understandings in the classroom and enrich our community.”

Some students are already familiar with IC: 51 have parents who are alumni, while 62 have a brother or sister who attended or still attends.

In contrast to those students, a significant segment of the incoming class will be pioneers in higher education among their families, as 18 percent identified themselves as first-generation college students.

SAT or ACT scores aren’t required when applying to IC, but 73 percent of students included this info anyhow. The mean combined SAT score is 1201, and the mean writing score is 586.

Nicole Eversley Bradwell, director of admission, noted the numbers alone don’t tell the story of who the Class of 2020 is. Each year through their admission application essays, students share compelling narratives of family perseverance, leadership, service, emigration, adoption, learning, and awareness of the opportunities that a college education holds. 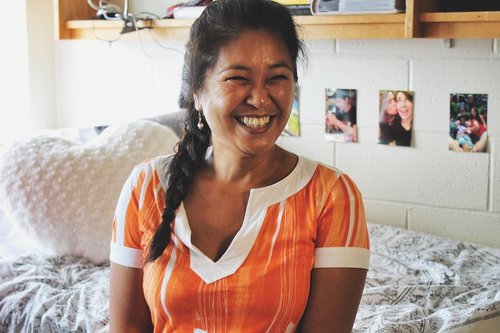 "I have many hopes for my daughter. I hope that she realizes her dreams and really finds out who she wants to be."


“This year we saw much of the same and learned from students of their interest in our nation's political landscape and issues of social justice,” she said. “Students who were admitted have started organizations in their communities, traveled abroad, led championship teams, and worked in varied settings.”

She added that many also bring advanced academic standing due to college prep courses, and that many speak several languages.

“There is no question that this is a dynamic and academically able cohort,” she said.