ITHACA, NY—An expert on issues of race and public policy in America has been granted a Fulbright U.S. Scholar Award to teach on that subject in the central European nation of Slovenia. Donathan Brown, associate professor in the Ithaca College Department of Communication Studies, will spend the spring 2017 semester at the University of Maribor.

Brown will help the university develop a curriculum around race and American politics as well as give public lectures on campus and throughout the country. For many years part of Yugoslavia, Slovenia gained its independence in 1991. Maribor is the nation’s second-largest university. 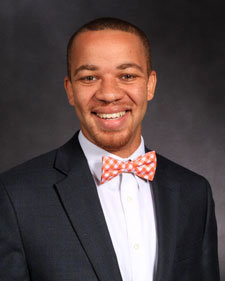 
“The Departments of English and American Studies, in which I will be teaching, offer students three study programs at the B.A. and M.A. levels that draw from interdisciplinary and international content that includes rhetoric, argumentation and debate,” said Brown. “My Fulbright is intended to help them fill a gap when it comes to offering courses pertaining to the interplay between race, American politics and law.”

The Fulbright Program is the flagship international educational exchange program sponsored by the U.S. government and is designed to build relations between the people of the United States and the people of other countries that are needed to solve global challenges.

Brown’s research is focused on the intersection of race, rhetoric and public policy, particularly pertaining to African Americans and Latinos. He is the coauthor of the books “Voting Rights Under Fire: The Continuing Struggle for People of Color” and “When Race and Policy Collide: Contemporary Immigration Debates,” and is immediate past editor of the Journal of Race and Policy.

Fulbright recipients are selected on the basis of academic and professional achievement as well as record of service and demonstrated leadership in their respective fields. The Fulbright award supports scholars whose activities recognize the critical relationship between education and international understanding. Of particular value are “broad multiplier effects” that result from sharing knowledge with colleagues, students and the general public in a host country, while acquiring new knowledge to share upon return to the U.S.