ITHACA, NY — With the theme of “Conscience Asks the Question,” Ithaca College will hold its annual celebration of the life and legacy of Martin Luther King Jr. during the week of January 25–30. Activities will include a keynote address by community organizer Umi Selah, educational presentations and workshops, a concert and film screening, and a day of student service.

A detailed description of the MLK Celebration events can be found at www.ithaca.edu/mlkday. All of the activities on campus are free and open to the public.

MONDAY, JANUARY 25
4:00 p.m., Emerson Suites, Phillips Hall
MLK Scholars Presentation
Through performance and the use of multimedia, the first-year students in the Ithaca College Martin Luther King Scholar Program will reflect on experiences and knowledge gained through their travels to Georgia and Alabama as part of their fall 2015 Civil Rights Tour.

Keynote Address
Umi Selah, formerly known as Phillip Agnew, found his voice as a community activist while a student at one of the nation’s foremost historically black colleges, Florida A&M University (FAMU). In 2005, he helped to organize students from FAMU, Florida State University and Tallahassee Community College in the creation of the Student Coalition for Justice.

In 2012, in response to the killing of Trayvon Martin, Selah formed the Dream Defenders, an organization that highlights racial and social economic justice issues like prison privatization, racial profiling and “zero tolerance” policies in schools — which may lead students of color straight into the prison system. The Dream Defenders are committed to training and organizing young people in nonviolent civil disobedience, transformative organizing and direct action.

TUESDAY, JANUARY 26 (WORKSHOPS)
12:10–1 p.m., Klingenstein Lounge, Egbert Hall
“Microaggressions”
Diversity Peer Educators
Presentation exploring the nature of microaggressions, how this behavior affects its victims and how they relate to concepts of privilege and oppression.

7–8 p.m., Klingenstein Lounge, Egbert Hall
“The Curious Case of Rachel Dolezal”
RahK Lash, Assistant Director, Office of Student Engagement and Multicultural Affairs
Modern views such as “post-racial” and “trans racial” challenge our notions of what it means to have a racial identity. This session will ask participants to think critically about colorblind vs. color conscious as they navigate through their respective spaces on campus.

WEDNESDAY, JANUARY 27
7 p.m., Emerson Suites, Phillips Hall
Screening and Discussion of MTV’s “White People”
This controversial MTV documentary follows Pulitzer Prize–winning journalist Jose Antonio Vargas as he travels across the country aiming to answer the question of what it means to be white from the viewpoint of young white people living in America today. “White People” asks what’s fair when it comes to affirmative action, if colorblindness is a good thing, what privilege really means and what it’s like to become the “white minority” in your neighborhood.

There will be a facilitated discussion immediately following the screening.

7–8 p.m., Clark Lounge, Egbert Hall
“From Tamir to Amir: Black and Palestinian Lives Matter”
Harriet Malinowitz, Lecturer, Department of Writing; Beth Harris, Associate Professor (retired), Department of Politics; alumni Dubian Ade ’15 and Andrea Levine ’09
As we confront the impunity with which police in the U.S. routinely kill black Americans, many are just becoming aware of the corresponding situation in Israel/Palestine. This workshop will address some of the obstacles facing American students in engaging with activism on this issue.

SATURDAY, JANUARY 30
9 a.m.–4 p.m., Various Locations
Day of Service
As Dr. King stated, “Everybody can be great because everybody can serve.” The annual MLK Day of Service is an opportunity for Ithaca College students to volunteer at organizations and agencies in the greater Ithaca community. Among the locations at which students will serve are Cayuga Nature Center, Tompkins County Public Library, Family Reading Partnership, Brooktondale Community Center and Finger Lakes ReUse Center.

After the day of service activities, Todd Bernstein '79 will lead a reflection with participants. He is the founder and director of the annual Greater Philadelphia Martin Luther King Day of Service, the oldest and largest such event in the nation. In 1994, he helped create the national Martin Luther King Day of Service with U. S. Senator Harris Wofford and Congressman John Lewis. He is president of Global Citizen, a nonprofit organization he founded in 1995 to promote sustainable civic engagement.

The MLK Celebration is sponsored by the Office of Student Engagement and Multicultural Affairs (OSEMA). For more information contact the office at osema@ithaca.edu or (607)274-3222. 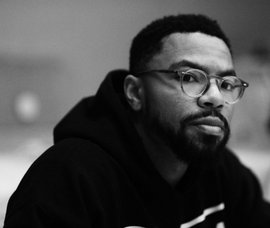