ITHACA, NY — Mary Arlin, professor emerita of music at Ithaca College, is the recipient of the sixth Gail Boyd de Stwolinski Prize for Lifetime Achievement in Music Theory Teaching and Scholarship. Given every two years by the Gail Boyd de Stwolinski Center for Music Theory Pedagogy at the University of Oklahoma, the award recognizes outstanding and distinguished teaching in music theory courses.

Arlin, who received the award at the annual national meeting of the College Music Society in Minneapolis, was selected on the basis of her exemplary teaching in music theory classes; her dedication to performance as an active violist; her astute mentorship of faculty colleagues of all ranks; her long service to the profession at local, regional and national levels; and her early recognition and implementation of new technology as applied to classroom teaching.

The $7,000 cash award that accompanies the prize is the largest in the field of music theory pedagogy. In addition to Arlin’s award, three of her students currently teaching college courses in music theory will receive monetary grants to support publication of their examples of Arlin’s teaching techniques in the “Journal of Music Theory Pedagogy.” Arlin has very generously donated her prize money back to Ithaca College and made an additional gift to create an endowed award. The Mary I. Arlin ’61 Award for Distinguished Teaching in Undergraduate Music Theory will be given every four years and recognizes outstanding and distinguished teaching in undergraduate music theory courses.

Arlin is a longtime member of the Editorial Review Board of the “Journal of Music Theory Pedagogy” and is currently serving a second term as chair of the board. She has worked in official capacities for the Society for Music Theory at both regional and national levels. Her undergraduate degree is from Ithaca College, and her master’s and doctoral degrees were awarded by Indiana University. 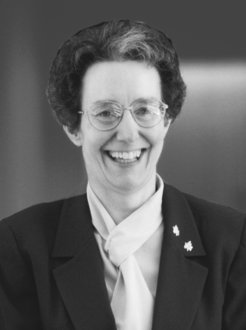