“The Daily Show” host Trevor Noah had a sold-out crowd falling out of their seats on Saturday night at the Ithaca College Athletics and Events Center.

The comedian entertained the nearly 4,000 people in attendance with jokes that ranged from difficult topics, like politics and racism in the U.S., to less serious subjects, like lacrosse. Noah, who is originally from South Africa, had never seen the sport until he arrived on campus as a game was being played on the field next to the A&E Center. He joked that he thought the players were trying to catch butterflies. 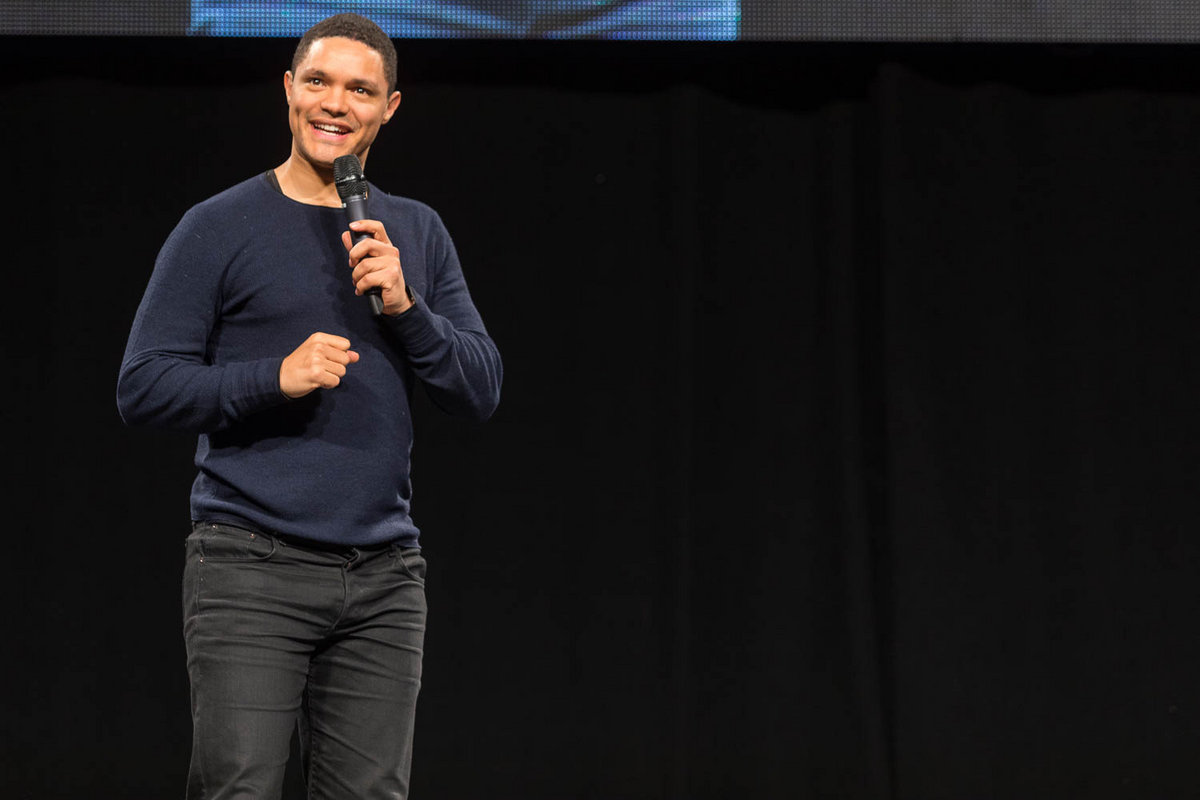 
“I loved it. Trevor Noah is intelligent, and he has an elegance about him that I've never seen in a comedian before,” said junior integrated marketing communications major Shayna DePersia. “He really doesn't hold back from what he believes is the truth, and it was inspiring, an honor and hilarious to see him live.”

The show was emceed by senior class president Ciara Lucas, who introduced Noah and opener David Kibuuka, a stand-up comedian and writer for “The Daily Show.” She also introduced City of Ithaca Mayor Svante Myrick, who donned an Ithaca College cap on stage despite having graduated from Cornell University, which he jokingly referred to as “that other school.”

Myrick told the crowd that, as a mixed-race person himself, he admires and looks up to Noah. The son of a black South African woman and white Swiss-German man, Noah grew up under apartheid, a time when interracial relationships were illegal in South Africa.

Following the show, Noah participated in a special meet-and-greet with a group of student leaders who read his 2016 memoir, “Born a Crime: Stories From a South African Childhood,” as part of a book club organized by Director of Programs and Outreach Sean Eversley Bradwell. The book recounts — through the prism of family — growing up in poverty in the Soweto township under apartheid and South Africa’s lurching entry into a post-apartheid era.

Nnedbuno Obi, a sophomore who serves as the historian of the African Latino Society, was excited to take part in the book club because she found Noah to be an inspiring person.

“I was very touched that a South African comedian was able to cross over into American comedy while still retaining his own heritage,” said Obi. 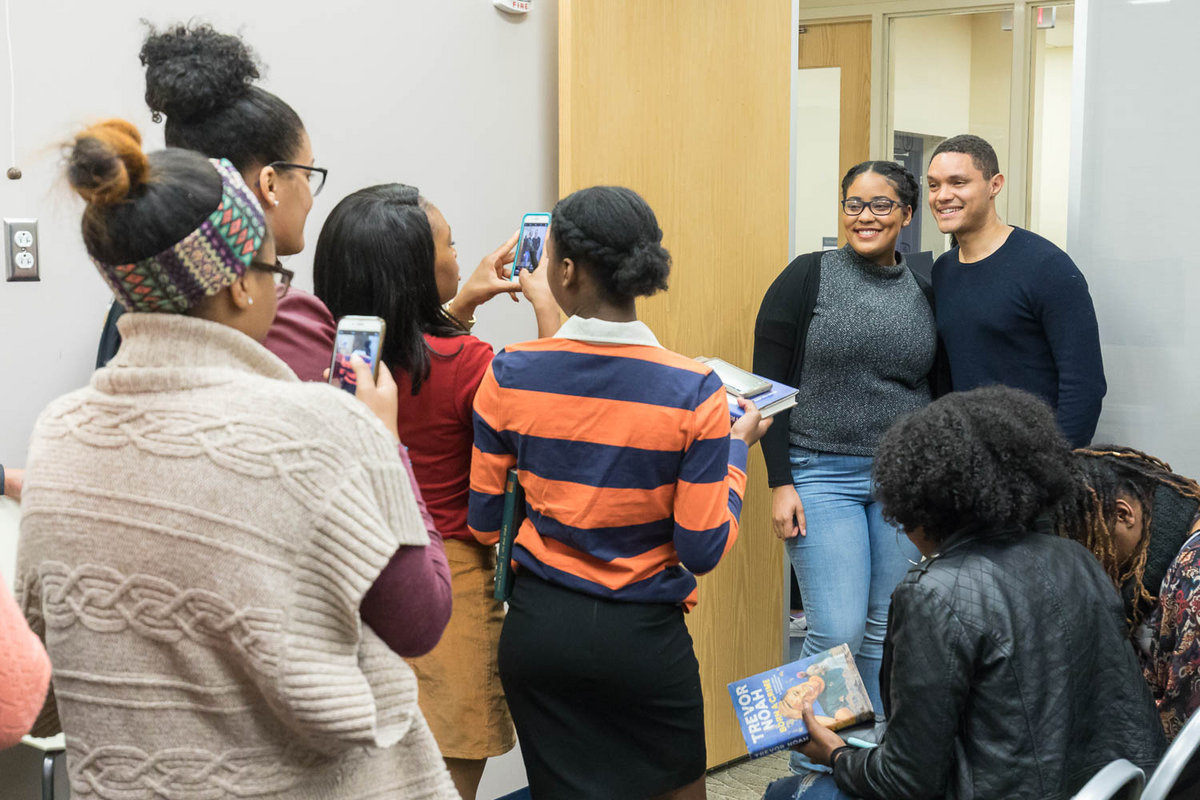 
Eversley Bradwell said the meeting was powerful. The discussion revolved not around comedy, but serious issues, and Noah genuinely engaged with the students.

The students did not know about the meet-and-greet until two days before the performance. Eversley Bradwell said that they were “blown away” when he told them. After the meeting, Noah stuck around to sign books and take selfies with the students.

Obi said that one student asked how Noah, as a mixed-race person, negotiates feeling misunderstood by different groups.

“He said that one of the mistakes people make is to think that they need to be understood,” said Obi. “That if people took the time and energy they spent hoping that other people will understand them, if they only took more time to understand themselves, they'd be infinitely more powerful, because you can influence yourself — how you think, how behave, how you react to things — but you cannot control other people.”

Noah succeeded Jon Stewart as host of “The Daily Show” in September of 2015, after having served for the previous year as a recurring contributor. He began his television career at the age of 18 when he landed a role on the soap opera “Isidingo.” He then hosted numerous radio and television shows and specials, including the South Africa Film and Television Awards and South African Music Awards, while also honing his comedy act.

After moving to the United States in 2011, Noah became the first South African stand-up comedian to appear on “The Tonight Show” and “Late Show with David Letterman.” He was the subject of the 2012 documentary “You Laugh But It’s True,” and later that year he starred in the one-man comedy show “Trevor Noah: The Racist.” In 2015 he filmed his Comedy Central special, “Trevor Noah: Lost in Translation,” at the Lincoln Theatre in Washington, D.C.