ITHACA, NY — A generous contribution from Art Moore, a 1966 graduate of the Roy H. Park School of Communications at Ithaca College, will support students in the school’s executive-style master’s degree program. Moore is the vice president of programing at WABC-TV and serves as executive in charge of production for the syndicated morning talk show “Live! With Kelly and Michael.”

The master’s degree in communications innovation is designed for working professionals who are poised to lead innovations in delivery platforms, genres, economic models and analytics for their current employers or for their own entrepreneurial ventures. Students will collaborate intensively in a virtual think-tank environment over a two-year period, culminating in a comprehensive research and development project. The program is housed in the school’s Dr. John Keshishoglou Center for Global Communications Innovation.

“The Art Moore ’66 Scholarship will allow us to increase the number of graduate fellows in areas of special interest and provide opportunities to professionals who are not sponsored by their employer,” said Bob Regan, director of the Kesh Center. “This will offer the academically gifted executive a new dynamic for global research and collaboration while working and earning an advanced degree.”

The Walt Disney Company, which owns WABC-TV, is matching Moore’s donation, ensuring that it is accessible to individuals from a wide variety of geographic, personal and professional backgrounds.

“Today our audience is everywhere, 24/7, and we need to figure out content that appeals to them, as well as the best way to get that content to them,” said Moore. “It definitely isn’t ‘business as usual.’ To stay ahead, executives must stretch and look for those undiscovered venues that can serve this purpose. Ideally this master’s program can do that, keeping the Park School, and Ithaca College, at the forefront of this advancement.”

Moore started with “Live! With Regis and Kathie Lee” in 1989, after the show’s first year in syndication at ABC’s flagship station in New York City. While the original cohosts have moved on, the show continues to be a ratings success and Moore still oversees everything from behind the scenes, and occasionally makes an on-camera appearance himself.

He supervises all non-news local programming at WABC-TV, developing long-range strategy for the station and arranging syndicated shows, movies and special projects. For nearly 20 years he served as executive producer of the nationally syndicated program “The Road to Gold: An Academy Awards Preview.” Before beginning his career in television, he produced a season of Equity summer stock in Pennsylvania. He had paid his dues as a director and producer at stations in Lancaster, Pennsylvania; Buffalo; and Philadelphia prior to landing in New York City.

In 2006, Moore was presented with the Distinguished Alumni Award by the Ithaca College Alumni Association in recognition of his loyalty and long-standing service to the college. He serves on the Park School’s National Advisory Board. Moore has returned to campus on numerous occasions as a guest lecturer. He has been involved in a variety of organizations, including the National Academy of Television Arts and Sciences; Big Brothers, Big Sisters of America; and the Leukemia Society.

For more information on the master’s degree program and the Keshishoglou Center for Global Communications Innovation, visit www.ithaca.edu/rhp/keshcenter. Contact Bob Regan, director of the center, at (607) 274-1081 or rregan@ithaca.edu; or Melissa Gattine, marketing communications manager in the Park School, at (607) 274-1023 or mgattine@ithaca.edu. 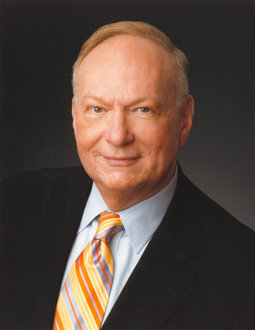