Diane Cohen ’87 takes other people’s junk—and makes a socially responsible business of it. By George Sapio

The social benefits are enormous,” says Diane Cohen ’87. “Most of these items would normally end up in a landfill.”

She’s standing in the middle of the 7,000-square foot Finger Lakes ReUse Center in Ithaca, a rehabilitation clearinghouse for reclaimed home structural and architectural elements, which she opened last November. It’s nearly filled with myriad household and construction items such as French doors, decorative lintels, and appliances.

“We reclaim, rehabilitate, and resell them,” Diane explains, “at a fraction of what it would cost to buy them new.”

After graduating from IC with a degree in fine arts, Diane moved to New York City to study bas-relief tile creation at the Parsons School of Design. To pay the bills she worked for two years as an assistant project manager for E. R. Butler, a high-end architectural hardware design and manufacturing firm providing materials and services “to the trade.”

“I learned about sustainability after the fact,” Diane says. Her history with recycling and sustainability goes back to 2001 when she began managing Significant Elements, a salvage program run by Historic Ithaca, an architectural preservation society, to reclaim and recycle architectural and structural elements such as decorative molding, fireplace mantels, and cabinetry.

In typical demolition practices, these items would be destroyed and buried in a landfill. “I loved the idea of setting up a program that was built to be effective for the Ithaca community,” Diane says.

She soon realized that to create more of a consumer draw she needed to broaden the type of items collected, so she began revamping the program, expanding intake to include anything useful and building material-related.

“I haven’t enjoyed our culture of waste,” she says. “I’ve seen the value of keeping these materials out of the waste stream.”

But there were problems. “Significant Elements started in a barn outside town,” Diane says. “You had to ford a small creek to get there. If the water was high, well, we weren’t open that day.” She knew she had to move the business closer to downtown.

After a short stay at an interim location in downtown Ithaca (“essentially a one-car garage in a parking lot”), Cohen moved the operation into a three-story, 100-year-old carriage barn, where it now shares space with its parent organization, Historic Ithaca.

Her success with Significant Elements led the Tompkins County Solid Waste Program to approach her in December 2005 about designing and opening a reuse center. The result was Finger Lakes ReUse.

While Significant Elements was designed to provide income for Historic Ithaca, Finger Lakes ReUse enhances the entire Ithaca-area community, economy, and environment by reducing waste, providing poverty relief by providing materials to low-income families at low cost or, in some cases, no cost, and teaching job skills with the salvaged materials.

Every piece of office furniture and hardware, including computers, was donated. Ithaca College was eager to help out, donating desks, chairs, and a large truck for hauling materials.

Finger Lakes ReUse doesn’t just wait for recyclable elements to come its way; Diane seeks out houses scheduled for demolition and bids for the rights to remove all usable items, a process called deconstruction.

She and employees actually take apart a house, bit by bit, usually in the reverse order in which it was constructed, carefully saving every reclaimable item, from copper piping to roofing materials. All usable boards are denailed with a special machine.

Their first deconstruction job took place in April 2008, right on Ithaca College’s campus. It took four days to render the cottage down to its foundation; they removed everything potentially useful, including windows, floorboards, and an entire staircase in one piece — more than 70 percent of the materials.

Ideas for future expansion include a training program where people can learn to repair and restore broken appliances rather than just trashing them. Diane plans to accept 100 percent of all appliance donations; items beyond repair will be disassembled and their parts used or offered for sale.

“This is a long way from what I imagined I’d be doing when I graduated,” says Diane, who hopes to find time one day to get back to her own tilemaking and fine arts. “But it’s wonderful to go to work every day, love what you’re doing, and know you’re doing something beneficial.”

This is an inspiring story! I truly believe that you are leading a revolution, one that many people will come to follow. Ever since going to college, I've discovered the benefits to buying second-hand, and I want to learn more about how restoration is done.
Wonderful work!

Great and inspiring work. We need to do this everywhere and even on new construction sites. Keep up the good and beneficial work.

I was a classmate of Dianes at Ithaca and am amazed at what she has accomplished here. What an inspiration. I hope I can someday return to Ithaca to see this project (and Diane) in person. I said it then and I'll say it now, "Diane, you rock!"

Add a comment
Cohen in the rapidly-filling warehouse at Finger Lakes ReUse; below, IC cottage she and staff deconstructed. Photo above by George Sapio 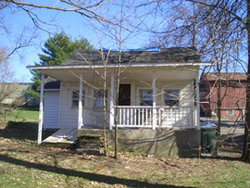