For Beverley Watson-Horsted, 2009 was the year when two dreams came to fruition.

First, she opened a bed and breakfast in the western New York town of Dansville. Second, she published her first book, Feast or Famine, a collection of poems about her life, family, work, and personal philosophy.

“I think I disappointed my parents by not becoming a doctor, so I promised them I’d get as close to the medical field as possible and still wear my white lab coat and work in hospitals,” says Watson-Horsted with a laugh. “The lab coat became a chef’s coat, and the scrub cap became a chef’s hat.”

A career as a physician or veterinarian was Watson-Horsted’s intention when she entered Ithaca College to major in biology.

“It wasn’t what I wanted it to be,” she recalls. “My mentor then suggested, ‘Why don’t you study food science and become a nutritionist or a registered dietician?’” That path led her to Long Island University, where she earned her bachelor’s degree in nutrition.

Watson-Horsted eventually found herself in Florida working as a food service director in a nursing home. Looking for a more flexible work schedule after her second child, a son, was born, she became a personal chef. After several years of success, she decided she would return to New York State, and she opened the East Hill Bed and Breakfast.

“It’s a little bit of being in charge of diet and wellness, a little bit of loving to cook, and having a type A personality where I want to be in control of my destiny,” says Watson-Horsted, who is still a personal chef. “You know how it is: if you can’t cook you are a slave to what others feed you.” 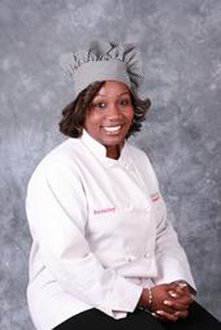