Frustrated by most Americans’ ignorance of blacks’ contributions to society, Carter G. Woodson established Negro History Week (which would take a half century to be institutionalized nationally as the renamed and expanded Black History Month) in 1926. The son of former slaves, Woodson eventually earned his Ph.D. from Harvard University. He began the celebration as a way of writing the accomplishments of African Americans into textbooks for the first time.

In a February visit, social activist and Black Entertainment Television correspondent Jeff Johnson argued that the achievements of the black community are still overlooked. Johnson wrapped up the Office of Multicultural Affairs’ first year of its In My Own Words series; his student audience was 90 percent African American. “When you talk about black history, what do you talk about?” Johnson asked the audience, and answered the question himself: “Slavery and civil rights.” He contends that this myopically paints the community on a canvas of oppression and ignores the positive achievements of African Americans.

John W. Rawlins III, OMA assistant director, says his office invited Johnson because he shows students another view of Black History Month. “[We] wanted someone who could come and say something powerful and profound that students hadn’t necessarily heard before,” says Rawlins.

And Johnson did just that. He challenged the audience to think beyond mainstream portrayals of the plantation, the legacy of Martin Luther King Jr., and the world of hip hop to how black history goes back past 1619, when the first slaves arrived in Virginia, to a multiethnic continent full of stories and culture.

“We study our history, but we don’t dive deep enough,” said Johnson. “We talk about black history, but we still don’t have a clear understanding of what Black History Month is for, why it was created, how it has evolved, and what it has the potential of doing.” 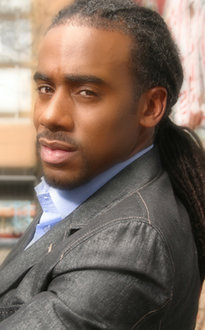