Joan Jacobs Brumberg is a historian, not a therapist. She is not a recovered anorexic — or even the mother of one. Even so, she’s very concerned about young women and the pressures they face.

Thanks to all sorts of cultural influences, an alarming number of adolescent girls and young women decide to reach and maintain an unhealthy “ideal” weight, often making themselves very ill in the process, and sometimes even dying. Hence Brumberg’s interest in shrinking silhouettes — which, she points out, are not a new phenomenon. “We can’t just blame it on Calvin Klein, modern media advertising, and fashion,” says Brumberg. “We’re dealing with a much longer historical process.”

To a standing-room-only student crowd, Brumberg presented in February from her book The Body Project: An Intimate History of American Girls. Her visit was part of the College’s annual recognition of Eating Disorders Awareness Week. Brumberg read diary excerpts and showed advertisements, postcards, and photographs of girls from 1830 to 1990. Exploring the changes in social life, culture, economics, medicine, and hygiene over those years helps put in historical perspective the current issues young girls face.

Her audience laughed at an advertisement created in the 1950s that read “How Happy Can a Chubby Girl Be?” But, Brumberg noted, this is just one example of society’s emphasis on body shape.

Brumberg pointed out that at the start of the 19th century a girl’s internal character was more important than her shape. Now, though, their own bodies are most girls’ main project. Girls’ constant self-evaluation and dissatisfaction with their own weight and appearance (known as “bad body fever”) can lead to dangerous consequences.

According to a 2007 National College Health Assessment Survey that polled 657 Ithaca College students, 70 percent of the female students are doing something to lose weight. The number of actual diagnosed eating disorders is relatively low on campus, however, according to the study. Most male and female students’ eating habits fit into the category of “disordered,” which is why it’s important to educate campus, says Priscilla Quirk, coordinator of the health promotion and substance abuse prevention program in the Counseling Center and chair of the Health Promotions Committee, which hosted Brumberg.

Throughout February the committee screened the documentary America the Beautiful, offered free consultations, and engaged students in panel discussions to get the word out about eating disorders and how to combat them. 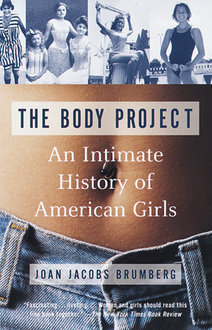