Cheryl Moore Brinkley ’75 was a professional actor performing with theatres in the Northeast and Minnesota when people began asking her to help them become better speakers.

Those seeking Brinkley’s help were not actors but professionals who wanted to improve their speaking skills to advance in their careers. They needed help communicating at work, whether it was answering the phone or giving a presentation at a company meeting.

In 1999, she launched her company, B. Vocal, and quickly found a steady demand for her elocution coaching. Since then, Brinkley estimates she has taught several thousand professionals through individual coaching and group training for companies, primarily in the Twin Cities.


“It’s not like I got an idea and said, ‘I’ve got a business,’” says Brinkley, who received a B.F.A. in acting and directing from IC. “It grew out of having real-world skill—from being trained and having a professional acting career and the ability to teach non-acting speakers.”

Among her clients was a woman in her 30s who was working for a global defense corporation but who felt she was unable to advance at her company because of her inadequate communication skills. After working with Brinkley for nine months, she was asked to present a national webinar for her global division, and the change in her speaking was obvious. “Her human resources director said, ‘Now I get it,’ ” Brinkley recalls, “and my client was moved up and promoted.”


A large segment of Brinkley’s clientele are professionals from other countries who want to learn American-accented English, a process called “accent modification.” No matter what position they hold, all of Brinkley’s clients want to improve their speaking skills so that they can advance in their career.

Though much of business communication now occurs electronically, Brinkley says speaking skills are more critical than ever. “All the miscommunication is from email, where you can’t hear tone of voice and then you have to have a phone call to validate what you actually meant,” she says. “Because people are relying on electronic communications so much, they may let what they learned about interpersonal communications lapse.”

While her professional acting career has tapered off so she can run her company and teach courses in voice, speech, and acting at Macalester College, Brinkley says that professional acting is still a key part of her work. “I love using all my skills, and I love helping people and seeing them realize their potential,” she says.

Read about other alumni who have made interesting career changes:

- Marsha Eger ’70: From Speech Therapist to Chanting and Meditation Teacher

- How To Reinvent Yourself: Alumni Show You How It's Done 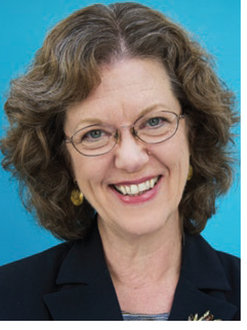 “I love using all my skills, and I love helping people and seeing them realize their potential.”

Read about other alumni who have made interesting career changes:

- Marsha Eger ’70: From Speech Therapist to Chanting and Meditation Teacher

- How To Reinvent Yourself: Alumni Show You How It's Done