Claymate of the Year Eric Serritella '85

Eric Serritella ’85 used to wear suits and suspenders to work; he would travel overseas several times a year and lunch on salmon paté. Today he wears clay-stained T-shirts and jeans to work, commutes six steps to his office, eats peanut butter and jelly sandwiches for lunch—and loves it.

After graduating as a speech communication major, Eric did what many do after graduation: he moved to a city and landed a job. And he was successful—for 16 years he worked as a marketing executive in Waterbury, Connecticut, and Elmira, New York.

In 1996 he took his first pottery class. “I needed some recreation that was creative,” he says, “so I decided to try pottery. And the first time I centered clay on the wheel, it just felt like home. It was a feeling I never had before with any type of job or recreation.”

Now, 11 years after touching clay for the first time, Eric has made quite a name for himself in the art world. His work has been exhibited throughout the country. He has studied intensively with one of the world’s most renowned ceramics artists, Ah Leon. Colleges and artists’ guilds fly him in to present workshops. And art collectors are beginning to learn his name and love his artwork.

Six years ago Eric left corporate America behind and began teaching marketing classes in the Ithaca College Roy H. Park School of Communications. Four semesters later he decided to leave academe to become a full-time artist. He feels no regret. “I love having my hands in clay,” he says. “I love being able to get dirty and not get in trouble for it, and I love that I get to be creative all day long.” Working out of his home allows Eric to spend more time with his wife, Julie Nathanielsz, 21-month-old daughter, Angelica, and dog, Sophie.

Muddy Paws produces three specialties: wholesale items such as mugs, bowls, and baking trays that Eric sells to retailers “to pay the bills”; Opened Earth, artistically functional wheel-thrown pottery that “celebrates the inner beauty and earthiness of clay”; and Forest for the Trees, decorative pieces inspired by Eric’s work with ceramics masters in Taiwan and China.

Eric’s role model is Taiwanese potter Ah Leon. Since the inception of Muddy Paws, Eric has done two artist residencies, in 2004 and 2006, with Ah Leon in Taiwan, funded in part by the New York Foundation for the Arts.

Eric looks to the East for inspiration. From Japanese art he takes the philosophy of Wabi-Sabi, which recognizes the beauty of things that are imperfect, such as a weathered log or a door with chipped paint. From Japanese and Chinese art, he has adopted a minimalist perspective, favoring simple work with little decoration.

Five years ago when Eric asked Ah Leon what he should master next, Ah Leon looked him in the eye and said, “You need to make better pots.” Since then he has crafted better pots—and he’s successfully made the transition from a production potter to a nationally recognized ceramic artist.

“He [Ah Leon] was just brutally honest and right, [and] that’s been my mantra ever since,” says Eric. “Whenever I’m doing functional work or museum quality work, every time, I sit down at the wheel and repeat that mantra.” 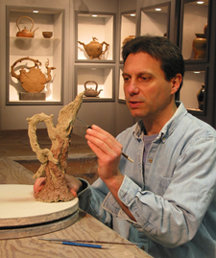 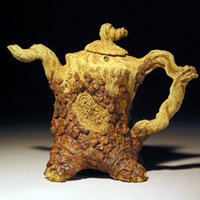 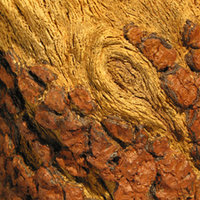 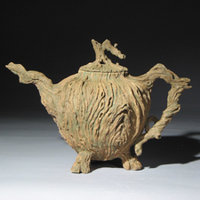