Lee Bird ’86 has a demanding career and busy family life, but keeps his cool.   by Jeff Candura '01

Lee Bird ’86 had a problem. It was the beginning of the school year. His oldest child, a high school senior and member of her school’s water polo team, came home to report that all of her games this year were scheduled at 4:00 in the afternoon on weekdays—not the best time for a top executive at an international retailer to slip out of his office.

But family has always been even more important than work for the driven Bird, so he did what he had to do and rearranged his schedule on game days. Four months later he reported excitedly, as if he was announcing the latest quarterly sales numbers to a packed board room: “I made it to over 80 percent of the games.”

The reason he missed the other 20 percent of his daughter’s water polo games was that he was traveling for his job—something he both accepts and regrets. Frequent travel is part of a career that has required him to move his wife, Linda Partridge Bird ’86, and children—now numbering seven (yes, seven)—11 times, to 7 different states, over the past 20 years. Even thinking about this may be exhausting to some, but even after all the disruption Bird seems to be both calm and content.

The Duxbury, Massachusetts, native always knew he wanted a career in business. When he was shopping for a college, he says, he was looking for four specific attributes: small class sizes, a finance major, a great campus, and a swim team. He found all of those at Ithaca College, but he ended up on South Hill almost by mistake. “I was being recruited for swimming by Syracuse,” Bird recalls, “so I decided to add a day on to the trip and look at Ithaca. I ended up liking Ithaca better than Syracuse.”

Bird credits Ithaca’s multidisciplinary undergraduate experience as being key to his career successes. Along with his business classes and being a member of an all-American swim relay team (he was a backstroker), Bird golfed with the club team, worked in the equipment room at the Hill Center, and was the office assistant for his swim coach. At one time he even worked chasing down stray lacrosse balls during practices. Dana Professor of Business Administration Raquib Zaman, who has kept in touch with Bird since his student days, remembers him as a personable, honest, and conscientious student; being on the swim team never kept Bird from attending morning classes or making sure that all his work was of the highest quality. Zaman laughs to remember a moment when Bird’s school spirit or devotion to the swim team may have gotten the best of him: “At one time,” says Zaman, “he had a haircut that proudly displayed ‘IC.’ ”

The hair grew out, but there is no doubt that Bird’s competitive spirit carried over from the pool to the boardroom. “The desire to beat the competition in swimming is the same as the desire to beat the competition in business,” he says. He also notes that as an athlete, one focuses on individual performance first, giving as much as possible to one’s team, and he believes the same is true of the business world.

Bird has spent time at some of the powerhouses of American industry, including Ford Motor Company and Gateway. In 2001 he took the job of chief financial officer of Old Navy, then rose quickly to become a vice president at Old Navy and then chief operations officer of Gap North America, and soon after was named the executive vice president of new business development.

But Bird always seems to be looking for another challenge, which is part of the reason he left Gap in March 2006. “I left not really knowing what I would do next,” says Bird. “So I took some time to be with my family, go down to San Diego, go surfing. I looked at a number of options, and this came up and fit a lot of the things we were looking for.”

What came up was an opportunity to become the president of Nike Subsidiaries, based in Beaverton, Oregon. This puts Bird in charge of a motley crew of brands: Nike Bauer Hockey, Cole Haan, Hurley, Converse, and Exeter Brands.

“The diversity of the position was one of the things that attracted me to the job,” Bird says. “I have worked in a lot of industries in the past: aerospace, computers, banking, apparel, automotive. I get a lot with this one job.”

Consumer product companies fit Bird’s competitive mentality, perhaps because you can easily look at your sales each day and judge where you are in relation to your competitors. “You always checked your time in swimming: when you hit the wall you looked up at the clock,” Bird says. “Same with this: you get your scorecard every day.”

Bird laughs that it is probably good he likes working retail because he has a lot of kids (Ainsley, 5; Samuel, 7; Emily, 10; Haley, 12; Lewis, 14; Wesley, 17; and Ashley, 19), who need a lot of stuff. The Birds are Mormon, and the religion, Bird says, encourages people to have large families. With the oldest now a sophomore at Brigham Young University, Bird quickly adds, “But we also know that [our family is] done, with seven now, nine total, well, that’s a lot of people.”

Lee Bird may have the future of multibillion dollar global brands resting, at least partially, on his shoulders, but at any given moment he could be dispensing advice to a college student, teaching a 17-year-old girl how to drive, helping a 10-year-old with long division, or watching Sesame Street with a 5-year-old. So when you ask him about juggling work and family you expect to hear how hard it is, how little time he has to spend with his kids, and how he has had to put his career on hold at various times. But Bird manages to keep all the balls in the air, almost perfectly aligned. He is quick to credit his religion with helping him keep his priorities in check.

“Our religion believes that family is the central unit of society, and I believe that my roles as a husband and father are critical to that,” says Bird. “My religion has taught me how to be a better husband and father. I don’t wear my religion as a badge, but it does set my moral compass.” Almost nonchalantly, he adds, “My weekends are sacred. I have very rarely worked a Saturday or a Sunday. I have worked maybe six Sundays in my career. When I’m home, I’m home. I check all my work issues at the door.”

Bird prides himself on being a good employee almost as much as he prides himself on being a good husband and father, and he admits that Nike is a high-performance company that requires a lot of its employees. Though throughout his career he has usually worked 50- or 60-hour weeks, he and his family are still able to spend “quality” time together during the week at their home outside of Portland. But that does not mean it has been easy. Nike does more business internationally than domestically, requiring Bird to schedule both early and late telephone calls. Also, four out of the five brands that Bird leads are headquartered outside of Oregon, meaning Bird’s travel schedule can be daunting. In just over two weeks this winter, Bird’s responsibilities with Nike required him to travel to the NHL All-Star game in Dallas, to Kansas to lunch with Governor Kathleen Sebelius and the CEO of Payless ShoeSource, to New York to meet with Cole Haan executives, and to the Daytona 500. But whenever his travel schedule at Nike allows him to be home, Bird and his family start off the day with a family devotional and end it by eating dinner together. “We may just eat a little late,” he says.

As with all parents with young children, Lee and Linda Bird fill up their “free” time shuttling their kids (to school and soccer and basketball and swimming), but they constantly focus on simplifying their life. Bird asks for feedback from his kids on how he is doing as a father, even having them fill out a “performance evaluation” every two years. Bird had always focused on spending time with his family as a group, but recent feedback from his kids has caused him to try and spend more time with each child individually—not always easy when there are seven of them. “It is a constant effort to be a good husband and father, and I work hard to be both,” says Bird. But Bird knows that like business and athletics, a family requires teamwork.

“I wouldn’t be anywhere without my wife, Linda.” Linda made the choice to be a stay-at-home mom, a role that Bird says does not always get the credit it is due. He is also quick to point out proudly that Linda had the higher grade point average at Ithaca College.

One part of Bird’s career has been tough for his family: the moving. “It’s hard, very hard, to leave friends behind,” Bird admits. But he manages to find a silver lining: “It has required us to get closer to each other, so that has been a side benefit—not in the original plan, but good.”

It is clear that Bird relished the opportunity to work for Nike. The position would not only put him at the head of a variety of different companies, but also allow him to shape the future of Nike by giving him control over acquiring new companies. And as a former athlete he looked forward to working with the likes of Lance Armstrong, Kobe Bryant, Tiger Woods, and Tony Stewart—all of whom are spokespeople for the company.

But this wasn’t his decision alone. The Bird family took a vote, with everyone’s preference counting equally, on whether or not to move to Oregon from San Francisco and take the Nike job. It ended 7-2 in favor of moving, with two of the children voting to keep the family in California. After living on a “gentleman’s farm” outside of San Francisco for the last five years, the Birds have started to settle down in Oregon. They have six acres with room to grow food and raise animals. Even those members who cast the dissenting votes have flourished, says Bird, in a place he says has “a West Coast life-style with Midwest values.”

Which perfectly suits this East Coast native with a competitive streak, who likes to work, surf, and make it to all his kids’ games.

This feature was forwarded to me by a colleague. Lee's dedication and balance is very impressive.

I used to work for Lee several years ago and can say he was an outstanding mentor professionally. The lesson I remember most is the following quote Lee has told numerous potential bosses: "You can have my mornings, or my evenings, but you can't have both." 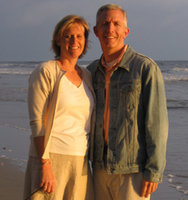