We all come to college with baggage, literal and figurative. For first generation students, who have typically constituted between 10 and 15 percent of the IC undergraduate population, part of that baggage is not knowing what to expect of college, not knowing if you belong. The supportive community on the IC campus is important for everyone, but it has a special value for first generation students.

I would not qualify as a first generation student according to the definition employed by IC; my mother did not go to college, but my father completed his bachelor’s degree at night while I was in high school. Even so, one thing I had in common with most first generation students is that neither I nor my parents had a clear sense of what a full-time, residential undergraduate experience would be like. My idea of college was shaped by old movies from the 1940s and 1950s; fortunately Animal House had not yet been made. As we drove up to the state university a few days before my first classes — the first college campus I had ever seen — I looked in vain for the Gothic spires those movies had conditioned me to expect.

The student population at Ithaca College has become substantially more diverse in recent years, not just in race and ethnicity but also in socioeconomic status and the number of first generation students. Our success in creating an inclusive environment for such students is ultimately reflected in the rates at which they complete their education at IC. Our first generation students have typically been 4 to 6 percent less likely to graduate from IC than other students. This compares to a national gap that is typically in the 14 to 15 percent range, but we aspire to do even better. At IC we have recently given explicit attention to first generation students, whom we hope to serve even more effectively in the future than we have in the past.

Why does the size and success of IC’s first generation student population matter? The alumni featured in this edition of ICView offer six compelling answers to that question. They model the traits of which we are so proud in all our alumni: striving for excellence, the transition to a successful life after college, and the determination to give back by paying it forward. We all come to Ithaca College with our own baggage. But we leave Ithaca College with different baggage, containing the tools that will enable us both to do well and to do good. 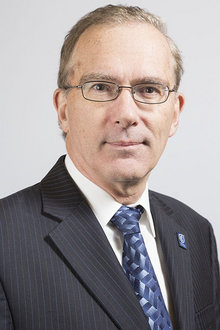