PERSPECTIVE ON ICVIEW RETROSPECTIVE
I find it unfortunate that your alumni survey showed that “ICView is the most important way to find out what’s going on at the College.” My advice to all alumni: call the Ithacan office immediately and subscribe. It’s worth the price to find out what’s really happening at our alma mater.

ICView used eight pages on a story about its 25-year history (ICView 2009/2), arguing that the editorial leadership (and college administration) is more concerned with journalistic integrity than public relations efforts in the publication. Meanwhile, the Ithacan informed me about the millions the College spent on extra housing and additional faculty. There were stories about students sitting in classes without desks, students commuting to a residential college, students unable to find campus jobs. . . the list goes on. The embarrassing level of overenrollment made national headlines, including an article in the Chronicle of Higher Education. Will ICView tell alumni the whole story or not?

I understand that Ithaca College is a tuition-dependent institution and cannot afford underenrollment. But this fall’s conditions for students are disappointing and could lead to negative opinions of the College. Ithaca is an attractive college — until students have spent four years of their lives realizing the College never delivered what it promised them.

I want Ithaca College to hold fast to its “commitment to excellence.” My intent in writing, as it was when I was editor in chief of the Ithacan, is not to dwell on the College’s shortcomings but to keep the administration accountable. Alumni, please join me by staying informed.

Editor’s Note: See ICView 2009/4, “Class of 2013,” page 13, for an account of the advantages, challenges, and creative solutions that accompanied the College’s larger-than-expected freshman class enrollment in fall 2009.

ARTS AND LITERARY KUDOS
This letter has been long in coming. I have been trying to limit what I want to say since there is so much that should be said. I would indeed be remiss if I didn’t express to you my sincere gratitude for sending me ICView and the arts and literary issue of the magazine throughout the years. I love hearing all I can about the College that has meant so much to me.

Having received my B.S. in ’63 and my M.S. in ’71 (music ed.), I am retired, and my thoughts continuously stray back to my old days at Ithaca. It was a wonderful experience, and often I wish I could do it all over again. I was fortunate to experience the “Legendary Old Campus” downtown and to play in Walter Beeler’s band. In regard to the band, I often wonder where they are touring in the spring of the year. Would it be possible to include the music groups itinerary in ICView or perhaps send a separate mailing?

Again, kudos to that wonderful institution on South Hill. I have had a wonderful life!

Just a note to say how much I enjoyed the 2009 arts and literary issue, IC(Point of)View. I liked everything about it: the fine art, the photography, the poetry, and the essays. All excellent! Thank you for sending it to me.

Today I sat down for a quick bite of lunch while reading the latest issue. Quickly forgetting my sandwich, I was instead feasting on a bountiful buffet of delicious essays, poetry, and photography by a remarkable assemblage of talents. Not only was each piece and photo markedly unique in its own right, but the diverse blend of backgrounds of the contributors was equally impressive. The entire issue is a treat to be savored again and again. Kudos to all the winners and to your staff who made the selections.

WE STAND “CORRECTLY”
I respectfully submit that the last sentence of “a•lum•nus” in “Alum-What?” (ICView 2009/4) should read: “If you’re an alumnus of Ithaca College, you should know how to use the word correctly.”

DUNGEONS AND DJs
I read with interest the article on the renovations to Dillingham. The piece brought back a lot of great memories for me, as I spent many a long night and day in the “dungeons.”

When I entered Ithaca as a freshman television-radio major, I had grand visions of becoming the next great television sportscaster or news anchor. I thought television was where it was at. After a few months in Dillingham, though, I soon found out that the radio guys were much cooler than the TV people. I became focused on becoming the next great DJ and took every air shift I could find on the mighty VIC-AM. I was too intimidated to try for a shift on WICB-FM.

Hanging out in the dungeons with the other “soon to be famous” DJs was the most fun I had at Ithaca. I will always remember and treasure those times. So it is with some sort of sadness that I find that the old red carpet will be replaced (save me a square!) and other things will be done to shed some light into the Dillingham dungeons. I’m sure there are quite a few other radio guys (and gals), and maybe even a few of those TV people, who also miss the times they had in the dungeons. Oh, and one other thing. . . it was in the dungeons that I was introduced to quite possibly the greatest rock song ever recorded. Of course, I am talking about “How Long” by Ace.

“Getting Inside Race”
Editor’s Note: In addition to the academic programs offered by the Center for the Study of Race and Equality, mentioned in “Getting Inside Race” (ICView 2009/4), IC offers a number of interdisciplinary courses, as well as degree programs such as the Latin American Studies, Native American Studies, and Jewish Studies minors, that examine intercultural issues. 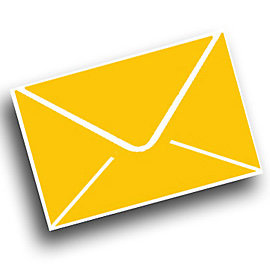